By Padraic Ryan and Tadhg Peavoy

Italy captain Sergio Parisse has been ruled out of his side's clash with Ireland at Aviva Stadium in the RBS 6 Nations.

Parisse has suffered a calf injury, and Italy head coach Jacques Brunel has decided it is best to rest the number eight, with the hope of him returning for the Azzurri's clash with England next weekend.

Parisse's ommission is one of four changes to the starting XV, with flanker Alessandro Zanni also missing out due to injury.

At halfback, Tito Tebaldi and Luciano Orquera come in at nine and ten respectively, with Edoardo Gori and Tommaso Allan dropping to the bench.

Zanni misses out on selection due to a knee injury; he is ruled out for four to six weeks and will miss the remainder of the championship.

Robert Barbieri moves to number eight from openside flanker and Paul Derbyshire comes into the XV at openside.

Marco Bortolami slots into the second row in place of Furno and will captain the side in Parisse's absence.

Italy’s half-back pairing is also changed, Luciano Orquera and Tito Tebaldi replacing Tommaso Allan and Edoardo Gori. The latter two drop to the bench in a tactical change from the Italian management.

On the bench, Michele Rizzo comes in for Matias Aguero as replacement prop after serving a three-week suspension for head-butting an opponent.

Andrea Masi replaces Tommaso Iannone as cover for the back three.

The Azzurri have not beaten Ireland in Dublin since a 37-29 victory in January 1997. 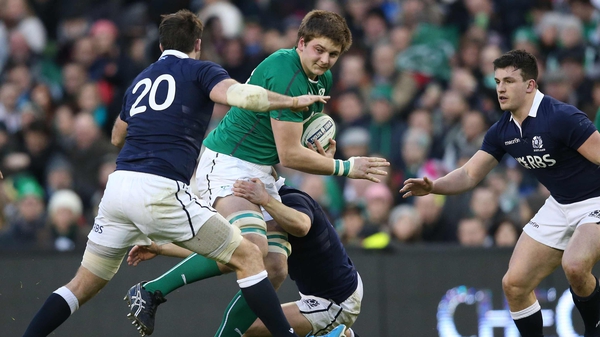