Joe Schmidt has made only one change to the Ireland starting line-up to face Italy in the Six Nations on Saturday, Iain Henderson replacing the injured Peter O’Mahony.

Munster captain O'Mahony has battled hamstring trouble, and head coach Schmidt has opted not to risk him against Italy, with a potential title-decider against France looming on 15 March.

Jonathan Sexton has beaten his thumb ligament problem in time to face the Italians. Sexton damaged his thumb  in Ireland's slender defeat to England on 22 February.

Racing Metro last week predicted the 28-year-old would be sidelined between 10 days and six weeks, throwing his Six Nations into doubt but Ireland bosses quickly clarified that suggestion, backing the former Leinster playmaker to find fitness in time to face Italy.

Ireland's assistant coach John Plumtree admitted Sexton had to prove his fitness in Thursday's training session, through "grappling and tackling".

But the British and Irish Lions outside-half came through Ireland's Thursday session unscathed, and is now ready for action at the weekend.

Former captain Brian O'Driscoll will set a new world-record for Test appearances, taking his tally to 140 with his eight Lions bows included. 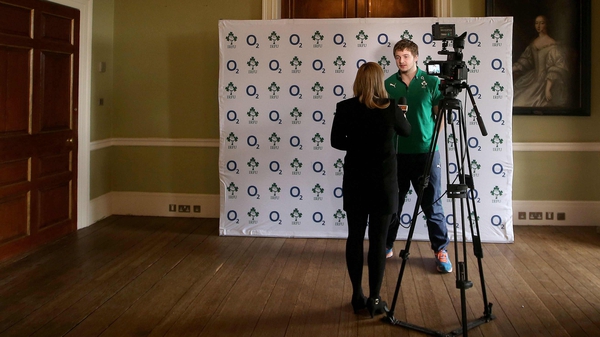