France manager Philippe Saint-Andre has made seven changes for his side’s starting line-up for their Six Nations clash with Scotland at Murrayfield on Saturday:

Vahaamahina replaces the injured Yannick Nyanga, with Lapandry in for Wenceslas Lauret and Chouly taking over from Louis Picamoles, who was axed by Saint-Andre after he sarcastically applauded referee Alain Rolland following his sin-binning against Wales.

France, despite suffering their heaviest defeat against Wales since 1950, are still in the Six Nations title mix along with Wales, England and Ireland.

And they will head to Edinburgh on the back of seven successive victories over Scotland since they suffered a 20-16 reversal in 2006.

Rabah Slimani returns from a two-week ban for headbutting in France’s game against Italy to take a place on the bench. 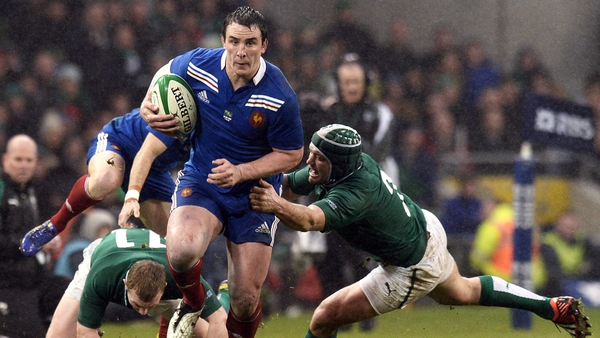