France coach Philippe Saint-Andre has dropped no. 8 Louis Picamoles from his squad to face Scotland next weekend because he showed a lack of respect towards Irish referee Alain Rolland during Friday's loss to Wales.

The Toulouse forward appeared to mockingly applaud Rolland after he gave him a yellow card during the 27-6 Six Nations defeat, followed by a thumbs-up gesture.

"After that defeat we have made a number of changes due to injuries and to cover problems we noticed in the match in Cardiff," Saint-Andre told the France Rugby Federation website.

"But at the same time due to certain attitudes out on the pitch towards the refereeing group that have no place whatsoever in our sport.

"Respect is the foundation of our values. It is important to send a signal to all players who have the privilege of wearing the jersey and remind them it imposes duties and obligations."

Wesley Fofana and Yannick Nyanga were also left out of the 30-man squad due to rib and groin injuries while Marc Andreu and Ibrahim Diarra have been dropped.

Clermont scrumhalf Morgan Parra has been recalled, although he faces a disciplinary hearing after receiving a red card for head-butting a Montpellier player at the weekend.

France are in a four-way tie at the top of the Six Nations table with Ireland, England and Wales. 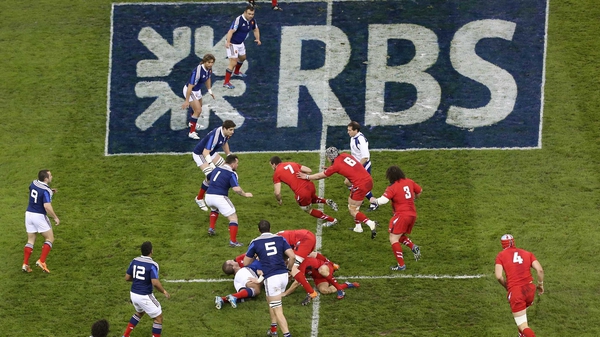