England have resolved to turn Twickenham into a fortress ahead of the 2015 World Cup and hope to continue building that reputation by denting Ireland's RBS 6 Nations title challenge on Saturday (4pm).

Until a 30-22 loss to New Zealand in the climax to last autumn's QBE Internationals, England had posted six successive victories at their London headquarters.

The visit of Ireland is the first match of the 2014 Six Nations to be staged at Twickenham after they were edged by France in Paris and routed Scotland at Murrayfield.

"It's all well and good playing well but our industry is a results-based business.

"Of course you want to play well and score lots of tries, but it comes down to winning and we have to make sure we nail that on Saturday.

"Twickenham is our home and the World Cup is here in 18 months' time. We have to make sure it's a hard place to come and play.

"Every game is a must-win for us. We know what our situation is - we can't lose another game in this Championship if we want to win it."

To draw greater inspiration from their support, the players will disembark from the team bus earlier than usual when they arrive at Twickenham with the new route sweeping them through the crowds outside the Lion Gate.

"When we drive to the ground it's all quiet and chilled out and then you get off the bus and there's just rows and rows of white shirts and white flags," Robshaw said.

"It's that moment that you see on the TV growing up and stuff, this is what it's really about, we've got to go out there and make it happen now." 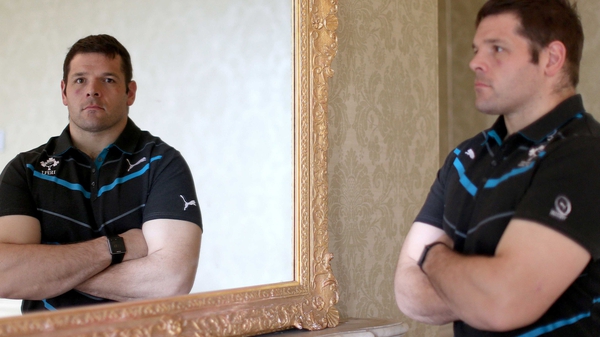