Brian O'Driscoll sat out Ireland training today with a stomach bug - but is expected to be fit for selection against England on Saturday.

Speaking this afternoon, Ireland defence coach Les Kiss stressed that the entire squad would be fit for Saturday’s RBS 6 Nations clash. He said O’Driscoll is expected to return to training on Thursday.

When pressed on whether Donnacha Ryan, back in the squad following a knee injury, might be included in the 23 for the tie against the Red Rose, Kiss said he is right in contention.

“He’s come in and he’s trained the house down,” said Kiss.

“Losing Dan Tuohy last week, it's something we’ve got to consider, we’ve just got to look at our stocks in that area. So, it’s timely for Donnacha to come into that area.

“We’ll look at that session and make a decision on it.”

Kiss also went on to state that he feels England will be feeling very positive following their Calcutta Cup victory over Scotland at Murrayfield a fortnight ago.

"They’re very, very protective of what Twickenham is to them, and it’s going to be a massive challenge" - Les Kiss

“They’ll be in a good place. Two weeks ago they didn't yield a try. And like us trying to make the Aviva a fortress, they’re very, very protective of what Twickenham is to them, and it’s going to be a massive challenge.”

“We expect our defence to be challenged more, because they use their maul and scrum well, which does shorten your defensive numbers and open up more space,” he said.

“They have some dangerous numbers, from the nine Danny Care, and the back three of Jonny May, Mike Nowell or Mike Brown/Alex Goode, whoever they play there; they are lethal.

“We’re hoping we can keep a clean sheet again, but it will be a tougher task, that’s for sure.”

Kiss also highlighted that he feels England have a whole array of individual talent, that play in a structured pattern, which also allows individual brilliance to shine.

He said: “They have a really solid organized approach to their attack, and by having that, it allows the brilliance of some of their individuals to come to the fore.

“Nowell has been encouraged to throw himself into different parts of the game.

“That may look unstructured, but they expect that it’s part of it.

“Even Danny Care is playing off-the-cuff a little bit more.

“A lot of their organization does come around [Owen] Farrell at ten. Orchestrating the shape of their movement.

“And then with guys like Brown and Billy Twelvetrees, they can shift to somewhere else. But it’s part of the acceptance of their structure that allows that to happen.

“They will eke out and look for the weaknesses or mismatches in you defence. So we have to have our heads up, that’s for sure.” 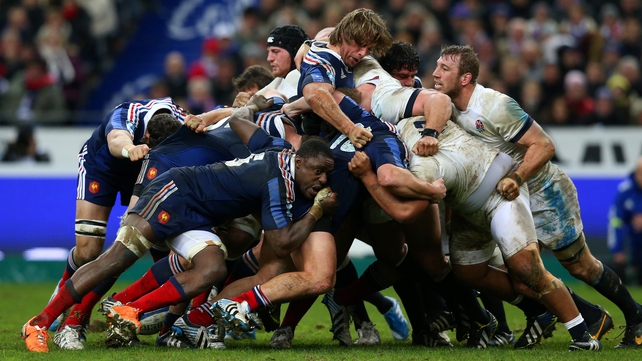 In terms of the difference in the challenge of playing England, as opposed to Wales, Kiss again pinpointed their scrum and maul as key areas to defend.

He said: “The biggest difference is that England will play to their maul and to the scrum a lot more. They are not afraid to kick to touch, and go to those things in a defensive mode as well.

“Wales like to keep the ball and use the momentum players that they have right through from Toby Faletau to Jamie Roberts and co out wide, North et cetera.

“Whereas England are probably a little bit more structured in using their set piece in their game.

“And it does become a challenge, but we’ve looked at it, we’ve done our analysis. We had a good session today and another one on Thursday before we travel over [to London].

“It will be a big test for us, and I know they’re building for a big one, because they can’t afford to lose.

“And, if the result goes the other way, it certainly shapes the competition in a really interesting way for the backend of the tournament.”

Kiss has also discussed the fact that Ireland have planned for a tight encounter in Twickenham, and potentially a one-score game entering the final quarter. To this end, the efficiency and impact of the bench has been earmarked as paramount, especially with the memory of Ireland’s last-gasp defeat to New Zealand last autumn still fresh in the memory.

Kiss said: “We’ve had a big focus on making sure our reserves are well prepared and know that they have to be on top of their game to close it out.

“I think they’ve improved, against Scotland we were pretty efficient with the backend of the game.

“With our subs in the last game out against Wales, there was some good impact.

“But the truth is we still had seven or eight defensive system errors with our reserves, and we need that to improve.

“You can not afford to go on the pitch and give the team a bit of oxygen, especially in tight games.

“The fact that we’ve done well the last two times doesn’t guarantee we will this week; we need to be on the ball, and our subs are an integral part of ensuring we have the right type of damage.” 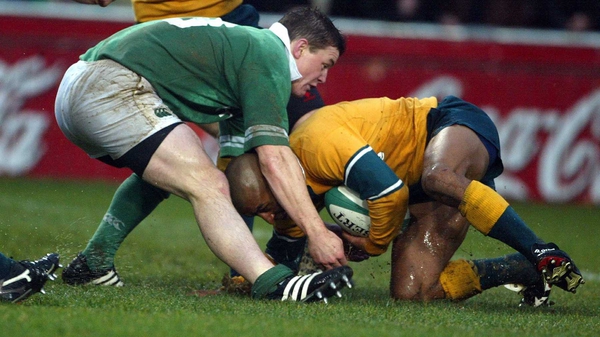