Australia great George Gregan has said that if Brian O’Driscoll takes over his world Test caps record, it "couldn’t go to a better rugby player".

The legendary scrum-half lined out a world-record 139 times for the Wallabies in a career that included World Cup and Tri-Nations success, a series win over the Lions, and multiple Super Rugby titles with the ACT Brumbies.

But he will be joined on that mark by O’Driscoll if, as expected, the Leinster and Ireland centre lines out against England in their RBS 6 Nations clash on Saturday. And if O’Driscoll goes on to be selected against Italy in Ireland’s fourth game of this tournament, he will eclipse Gregan by reaching 140 Test caps.

Speaking before his induction into the IRB Hall of Fame in Dublin in November, Gregan said: "If BOD takes over, good on him. Records are there to be broken and if it is broken by Brian O’Driscoll than it couldn’t go to a better rugby player, because he lives and breathes it every time he plays."

Gregan added that beating the record would be a fitting achievement for O’Driscoll after a career that has seen him scale the heights on the field, as well as bouncing back from adversity on several occasions.

He said: "It embodies the sort of person he is. He is so competitive and extremely resilient, and has come back from many injuries. He just wants to get out there and compete and when he competes he does it at a very high level.

"There is a certain level you expect from Brian when he plays and he is never far off that, and that’s what great players do." 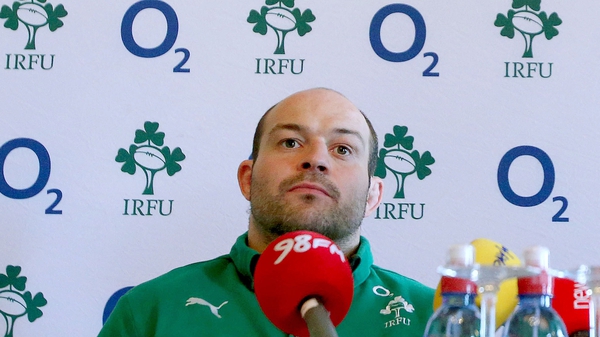