Johnny Sexton is not worried about being targeted by England when Ireland visit Twickenham in two weeks’ time.

The Ireland out-half, who scored 14 points during the 26-3 win over Wales, was reacting to a comment made by former England captain Lawrence Dallaglio where he suggested that a home victory could be best achieved in the absence of the Racing Metro player.

Dallaglio said: “I'd also wager a bet that England will pay a lot of attention to Sexton who is so important to Ireland. If they tackle hard and happen to get him off the field, things would be a lot easier.”

Sexton told RTÉ Sport: “I think it’s probably what most teams try and do with the number 10.

"You try and make him make as many tackles as possible and be in as many rucks as possible because then you are more tired an it’s tougher going.

Sexton, who was speaking in his role as Aer Lingus ambassador, made the comments before returning to Paris to prepare for Racing’s Top 14 match against Bayonne on Saturday.

The former Leinster man, who moved to France at the end of last season, with Ronan O’Gara following shortly afterwards as kicking and defence coach for the Paris club, admitted that the new arrangements take some getting used to.

The 28-year-old said: “It is very strange flying back Paris this evening when the other boys are resting up today and tomorrow and then getting into their provinces to do a little bit of weights, and [have] next weekend off.

“As a player, how you are feeling in this moment is the most important thing, and I feel pretty good.

“I played a lot before the November internationals; I think I played 13 or 14 games in a row. That wasn’t really the fault of the club, there were a lot of injuries, especially in the 10 position.

“I was the only fit out-half out of four in the club. So I struggled a bit in November, fitness-wise, but since then I haven’t actually played too many games, to be honest.

“I’ve probably played the exact same number as the other lads. I’ve had a week’s holiday in between so it’s not too bad.

"I’m carrying a couple of niggles from the weekend but I’ll see how I feel later on in the week and the club will make their decision from there." 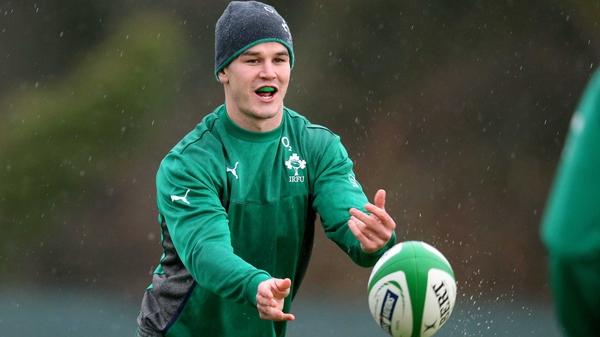