Johnny Sexton has admitted he has felt like quitting Racing Metro and returning to Ireland since his summer move from Leinster.

The Ireland fly-half is confident he is settling into the French lifestyle though, and hopes Racing will ration his playing time more conservatively than in a hectic autumn.

Ireland open their RBS 6 Nations campaign by hosting Scotland in Dublin on Sunday, with Sexton expected to lead the backline.

Despite his big-money move to France last summer, Sexton hailed the IRFU for securing Jamie Heaslip and Sean O'Brien on new contracts.

"There have been some games where I thought, 'I'm walking in on Monday and telling them I'm going home'," he revealed in an interview with the BBC.

"Then there's other games where I've come off thinking 'right, this is the start of it, that's brilliant, and you could be here forever'.

"That's the same with everything, there's ups and downs along the way.

"Me and my wife probably struggled with it at the start.

"It's pretty easy to settle into the club because everyone's doing their best to make you feel at home.

"But the more simple things, like going round to the shop, you don't know where it is, going to get petrol - you don't where that is, things like that.

"Everything's just a stress, so it was tough going at the start."

Sexton revealed his Ireland team-mates sought his advice about a move to France, but he admitted he was pleased to see the IRFU tie them down.

"I think it's great that they're staying, the IRFU, fair play to them, they've really stepped up to the plate," he said.

"I think it's important for Irish rugby that guys stay.

"I sound like a hypocrite, but that's the bottom line." 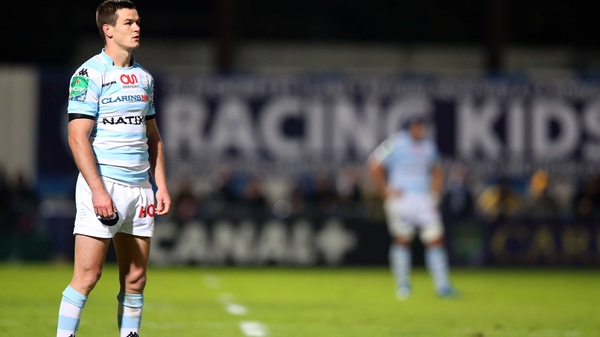