Captain Sam Warburton has become the first Wales player to sign a central contract with the Welsh Rugby Union.

The 25-year-old flanker, who skippered the British & Irish Lions to glory in Australia last summer, was due to be out of contract with the Cardiff Blues in the summer.

There were fears he would join the growing exodus out of the Welsh domestic game, but he will remain in Wales after agreeing terms on a "national contract" with the union.

In a WRU statement, Warburton said: "I am delighted to commit my future to Welsh rugby. I would like to thank the WRU for its commitment to me."

The WRU intends to release Warburton to continue to play for the Blues, at no cost to the region, while he will be available for all Wales duty, although he will not be guaranteed a place in Warren Gatland's squad.

The WRU previously wanted to offer winger George North, now at Northampton, a deal to remain in Wales, only to discover the regions had an agreement not to field a centrally-contracted player.

The Cardiff Blues have yet to respond to the news of Warburton's deal; on Friday chief executive Richard Holland said they had made the back-rower the best offer they could. 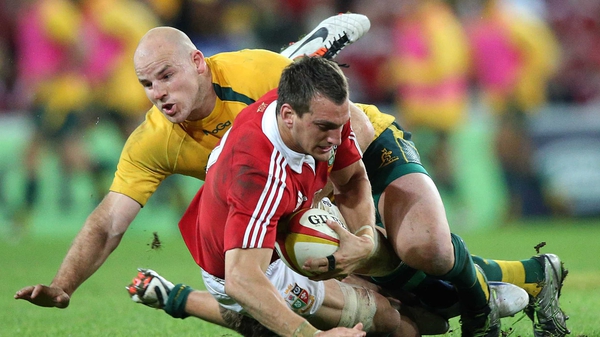 Sam Warburton confident over fitness ahead of start of Six Nations