Ireland women’s captain Fiona Coghlan insists that they can deal with the increased attention that comes with the title of Six Nations champions.

Coghlan’s charges completed a historic Grand Slam in last year’s tournament and start the defence of their title against Scotland next Friday night in Ashbourne (live on RTÉ 2fm’s Game On).

And the loosehead prop says that recognition for their achievements – in the form of increased media coverage, a game at the Aviva (after Ireland play Italy on 8 March), and an Irish Sports Council Sportswoman of the Year award – was something all the team worked towards.

“At the end of the day we just want to play rugby. But you have that stuff and you see other teams getting it – the lads, obviously, get so much of it – you do want a bit of it. It’s not pressure, we’re going to soak it up.”

"While we enjoyed last year and everything that went with it, it’s gone"

Last year’s success has given Coghlan and her team-mates a taste for silverware but she is fully aware of the old adage about the difficulty of retaining a major title.

“We had to [forget about last year], we’re back into camp. While we enjoyed last year and everything that went with it, it’s gone,” said the UL Bohemians player.

“We’ve lost players, we’ve new players in, so it’s a new team, it’s a new squad going towards the championship, so yeah, we have to forget about it.

“You want to keep in at the top and stay at the top. [It’s] tough work to stay there and there’ll be a lot of challenges in our way.

“Hopefully we’re on the right track at the moment and next weekend will tell a lot.” 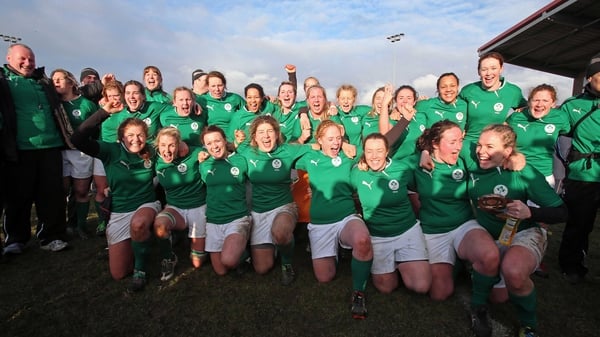