The centre was one of the stars as Ireland got their campaign off to the perfect start with a 22-30 win over the 2012 Grand Slam winners, setting up a heavyweight clash with England at Aviva Stadium next week.

O’Driscoll gave a masterclass at the Millennium Stadium, scoring a short-range try and setting one up for Simon Zebo with a superb pass that saw him draw three defenders before releasing the Munster winger to get over the line untouched.

Speaking to Alan Quinlan on Against The Head, legendary Welsh scrum-half Edwards said: “I thought Brian O’Driscoll showed once again the calibre and the class of the man. It was worth the entrance fee just to see that pass for Zebo to score. It was a great, great move.”

Williams, a team-mate of O’Driscoll’s on two Lions tours, joked: “I think he’s lost it, I think he’s finished!”

The 37-year-old, who won 100 caps for Wales and four for the Lions, added: “He’s a world class player. He has been the best of our generation by far.”

"He’s a world class player. He has been the best of our generation by far" - Martyn Williams

The value of Ireland’s victory over a Wales team striving to avoid an eighth consecutive defeat should not be underestimated. Williams added: “England and France will fancy their chances in Dublin. It’s an old cliché but you can’t look too far ahead.

"But Cardiff is a difficult place to win and the boys were desperate today after seven losses. Ireland have great momentum going into next week.”

Watch ‘Against The Head’ at 7pm tonight for full highlights and analysis of all this weekend’s RBS 6 Nations action. 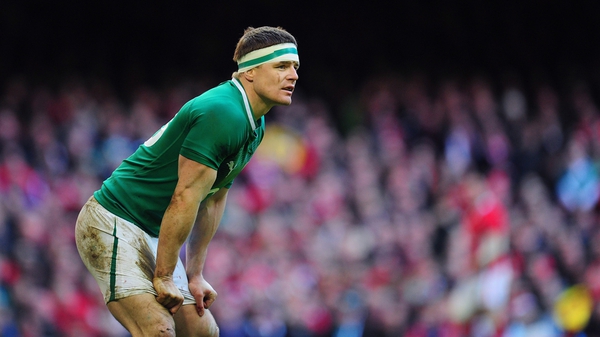