Stephen Ferris insists that he would turn down any approach from Scotland if he were in John Cooney's shoes and that the situation does not sit well with him.

Ulster scrum-half Cooney has been capped 11 times by Ireland, with the last of those appearances coming during the 2020 Guinness Six Nations.

Speaking ahead of this year's edition of the tournament, Scotland head coach Gregor Townsend said he had spoken to the 32-year-old Dubliner about switching allegiances to his father's native country.

He is eligible to represent Scotland after 23 February when his three-year stand down period elapses and, if he switches and is selected, could feature for the Scots in the latter half of the Six Nations.

Townsend has said that Cooney is "keen" on becoming a Scotland player but speaking on RTÉ 2fm's Game On, former Ireland and Ulster flanker Ferris expressed his view that he would not want to switch allegiances to another nation.

"I've interviewed John, I've been chatting to him pre and post-games about moving to Scotland and he always gives you a very, very vague answer and obviously talks about somebody directly in the family who is born and bred Scottish," he said.

"And he talked about people don't understand when you have an allegiance to two countries. But if I was in his shoes and I played for Ireland, I wouldn't want to be playing for any other team.

"I think if you ask the vast, vast majority of footballers, hockey players, rugby players, whatever it may be, if you play for your country but there's a loophole to go and play for another country, would they do it? I'd say nearly all of them would say no.

"I think the rule was brought in to help the Pacific islands a little bit more than to help Scotland, England or Ireland and the stronger nations."

Ferris added that Scotland's current options in the nine jersey meant that Cooney would not have a transformational effect for Townsend's side.

"I still think that he has a lot to offer in the professional game. Is that at international rugby at a Rugby World Cup in France for Scotland, I'm not so sure," he said.

"The other thing is that I think Scotland have pretty good scrum-halves available to them and would John Cooney be the difference? I don't think he would.

"Would he make them a better side? I don't think he would. The only thing that you could argue is that he's a really good goal-kicker and that's maybe something they have been a bit sketchy on.

"So we'll wait and see but it doesn't really sit well with me." 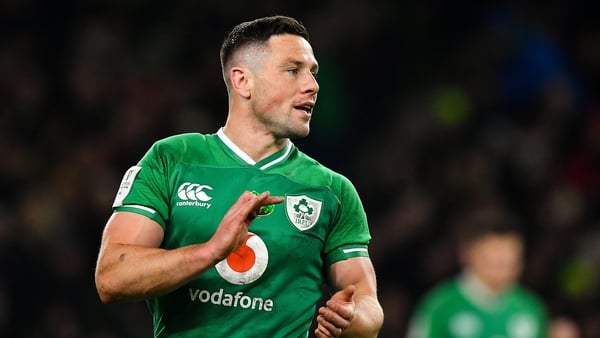