Gregor Townsend says he's spoken to John Cooney about switching international allegiance to Scotland, and says it's possible the Ulster scrum-half could be called into the squad later in the Six Nations.

While Cooney has earned 11 Ireland caps, the last of those came against England in 2020, he is eligible to represent Scotland after 23 February when his three-year stand down period elapses.

The Dublin native has already said representing Scotland is something he would consider, qualifying for the nation through his father.

And Scotland head coach Gregor Townsend says he has been in contact with Cooney since last year, adding that the Ulster player is "keen" to come on board.

"I spoke to John when the law changes, or rule changes came about," he said.

"He actually reached out to me, just to let me know that it would be something he'd consider, a lot of his family are living in Scotland."

Cooney would be eligible to play in Scotland's final three games of the championship, which would include a meeting with Ireland at Murrayfield on Saturday 12 March.

And while Townsend says it's possible Cooney could come into the squad for the latter stages of the championship, he says he'll make a final call closer to the time.

"We'll look at when he's available, and whether we feel it's right to bring him in in terms of his performances compared to the nines we have here, but also in terms of the speed that he will require to get up to speed with how we play.

"It will be challenging for someone coming into a championship, but it's great to know that he was keen to be involved with us and adds to our depth at scrum-half," he added. 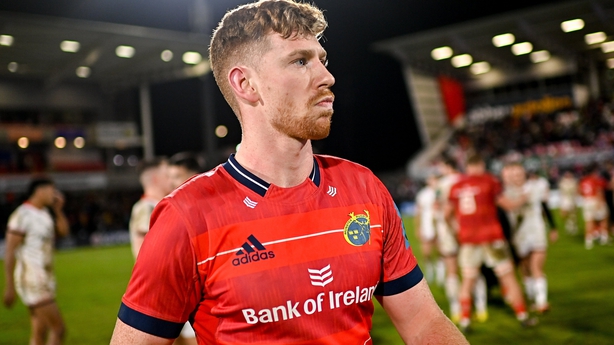 Munster out-half Ben Healy (above) also declared for the Scots this month, with the former Ireland under-20 international qualifying through family connections.

Healy is set to leave Munster and join Edinburgh this summer, ending more than two years of speculation around his future.

And Townsend says he's a player they have been keen on in Scotland for some time.

"This time around, Edinburgh were keen to sign him, again I had a conversation with Ben, he actually came over to watch one of our games in November and signed for Edinburgh.

"I think it's what the clubs are offering in terms of where they see him, and what it going to mean, being a Glasgow or Edinburgh player.

"Things are going really well at Edinburgh, and they've probably been convinced him to go there," he added. 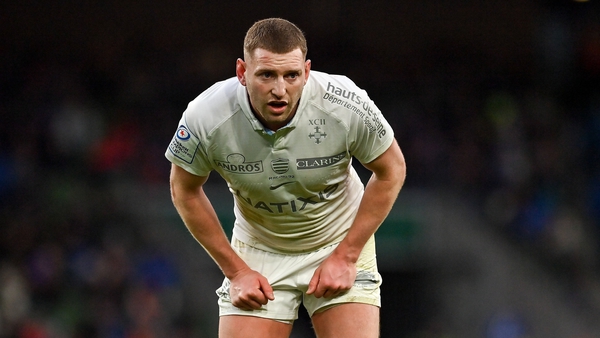