Ireland head coach Andy Farrell says Joey Carbery knows what he needs to do to get back into the national squad.

The Munster out-half's omission was the major talking point when Farrell named his squad for the opening rounds of the Six Nations last week, falling behind Ross Byrne and Jack Crowley in the pecking order at number 10.

Carbery has earned 37 caps for Ireland since making his debut in 2016, and has generally been the next man in on the occasions that Johnny Sexton has been injured or rested.

It's the first time in Andy Farrell's tenure that he has been left out of a squad since returning from his long-term ankle injury in 2021.

And the head coach says he's given the 27-year-old "feedback" on what he has to do to get back into the mix.

"Obviously there's some feedback that has gone Joey's way," Farrell said at the launch of the 2023 Guinness Six Nations.

"Obviously he was upset enough, because it means a lot to him to be picked for Ireland. But obviously he’s had the feedback, like all the rest of the guys as well."

And the Ireland coach (below) said while he understands Carbery's disappointment, he's eager to give both Byrne and Crowley an opportunity to prove themselves. 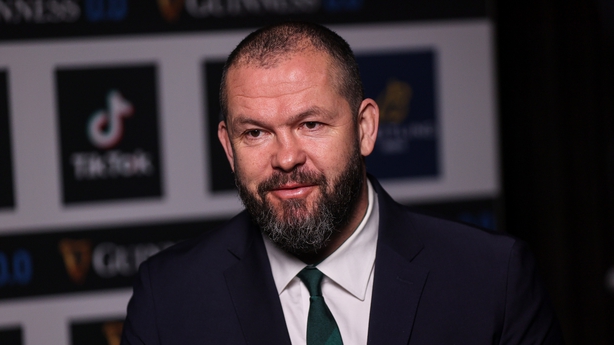 "At the same time, whilst Joey goes ahead and works hard on that and tries hard to get back in the room there’s another guy there in Ross [Byrne] that’s had plenty of feedback over the last couple of years. We think he’s progressed significantly with his game in that regard so therefore he gets an opportunity to see if that can transfer to the international stage.

"Then obviously Jack [Crowley] is somebody that’s had a short period of time in camp with us and we’ve seen him progress very quickly. We’re giving him a bit more time to see if he can reach his potential because he’s pretty important to us moving forward as a group," he added.

One of the other major calls in Farrell's squad was the inclusion of uncapped Leinster centre Jamie Osborne.

The Ireland coaches have been keeping tabs on the Naas man for some time, initially bringing him in to train with the squad as a 'development player' in 2021, while he featured for both Emerging Ireland and Ireland A in recent months, as well as training with the extended senior group last November.

The 21-year-old has gained further attention for his recent performances in the Heineken Champions Cup, filling in at 12 for the injured Robbie Henshaw.

And Farrell says his call up is well deserved.

"We’ve always known about his potential and that’s why he’s been in the squad. We’ve seen him have glimpses of games over the last couple of years which says a lot about the kid because he’s obviously young and up and coming.

"But with Robbie [Henshaw] getting his injury, it’s unfortunate for Robbie, but it’s an opportunity for Jamie. He’s not just gone into the squad and tried to survive, he’s added to the performance of Leinster, it’s pretty impressive.

"He’s someone that’s been on the radar for quite some time for us he’s a newbie as far as he’s not capped, but at the same time he’s been in the squad quite a bit. So that will help him hit the ground running when we meet up tomorrow."

The Ireland coach says he isn't worried by the lack of gametime some of his squad have been getting with their provinces.

Bundee Aki has been a notable absentee from Connacht's side in their last four games, while Keith Earls has also fallen down the pecking order at Munster.

Conor Murray, meanwhile, reclaimed his place in the Munster matchday squad for Sunday's defeat to Toulouse, having been left out for the previous week's win against Northampton.

But Farrell has cited the experience both Earls and Murray offer to the squad as a major reason for their selection.

"I know those guys, I know what they bring to our squad. And when you pick a squad and bring them together, it isn't just about the best players in the starting 15, it's about what others can bring to the party to make sure we're as good a team as we possibly can be.

"Those two guys are top, top professionals and brilliant players in their own right and will add to the competition massively." 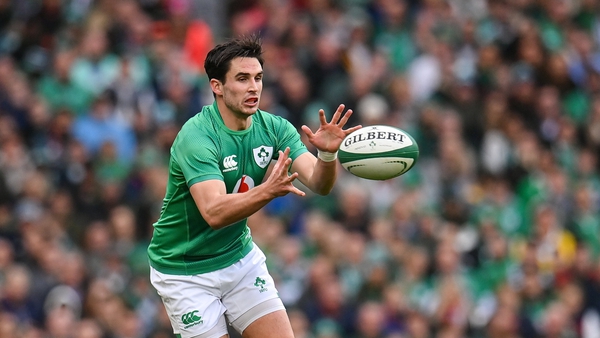