Warren Gatland is a candidate to coach Wales in next year's Six Nations Championship and World Cup if Welsh rugby chiefs decide that Wayne Pivac should be replaced.

Gatland, who Pivac succeeded as Wales boss after the 2019 World Cup, could potentially step in as interim head coach on a 12-month contract, the PA news agency understands.

It is thought that a number of previously unscheduled meetings involving senior Welsh Rugby Union figures have taken place following an embarrassing home defeat against Georgia eight days ago.

And while no decision on Pivac’s future has yet been made – a review of Wales’ dismal Autumn Nations Series campaign could take at least a week – his time appears to be up after 34 Tests in charge that delivered 13 wins, one draw and 20 defeats.

The latest loss, a 39-34 reversal against injury-hit Australia after Wales conceded 26 unanswered points during the final 22 minutes, was a ninth defeat in 12 Tests this year.

Pivac was due to travel to France on Sunday for a World Cup reconnaissance mission, assessing Wales' four pool-stage venues of Bordeaux, Nice, Lyon and Nantes.

But whether he is in charge for the tournament appears increasingly unlikely, while Wales’ Six Nations opener against world number one team Ireland is less than 10 weeks away.

Pivac oversaw a Six Nations title success last year, when Wales were seconds away from winning the Grand Slam, and a first victory over the Springboks in South Africa, but the Georgia debacle came just eight months after a home defeat against Italy.

In contrast, Gatland’s 12-year Wales reign was studded with success and consistent performances.

Gatland is currently director of rugby at the Chiefs in New Zealand, but he has spent the last month watching autumn series games in his role as a pundit for Prime Video.

He was in Cardiff for three of Wales’ Tests – against New Zealand, Argentina and Australia – and is understood to be flying home later this week.

Pivac’s future is sure to be a key topic in a post-tournament review described as "pre-planned and regular" by the WRU, although CEO Steve Phillips did not hide his disappointment at the way the autumn fixtures had panned out.

He said: "With no disrespect to Georgia, who are a growing force in the world game, this result was extremely disappointing," said Phillips.

"We were anticipating a significant improvement against Australia and there was an obvious positive reaction but, again, we are of course disappointed not to have won that game.

"We will now review the Autumn Nation Series campaign in its entirety and in detail, as we always do.

"Upon conclusion of this review we will, of course, act on the outcome as we continue to work towards, the now short-term goal of success at the 2023 Rugby World Cup and the more immediate 2023 Six Nations competition, but also sustainable longer term success." 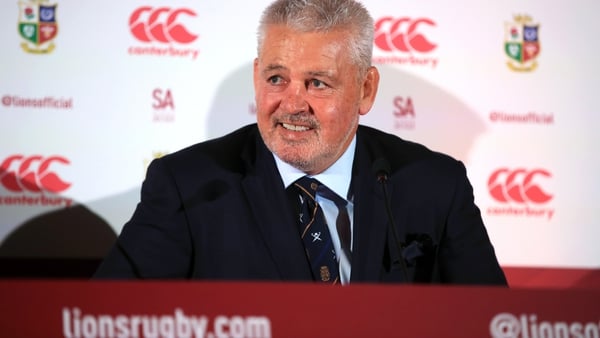 Gatland in running to replace doomed Pivac as Wales coach