Rassie Erasmus will lead South Africa 'A' when they face Munster in Cork next month, with the province's former prop Wian du Preez also set to be part of the coaching team.

With the Rugby World Cup looming, the Springboks will bring an expanded squad on their northern hemisphere tour next month, with an 'A' selection to play midweek games against Munster and Bristol Bears.

Munster will host South Africa 'A' at a sold-out Páirc Uí Chaoimh on Thursday 10 November, five days after the Springboks face Ireland at the Aviva Stadium.

With Jacques Nienaber and his Boks squad moving on to France following their Test in Dublin, South Africa's director of rugby Erasmus has confirmed he will be overseeing the coaching ticket for the 'A' games against both Munster and Bristol.

Erasmus, who was head coach at Munster from 2016 to 2017, will share the 'A' team responsibilities with Springboks assistant Mzwandile Stick, while former Munster prop Du Preez will work as scrum coach for the South African selection.

Du Preez, who currently works as an assistant for Currie Cup side Griquas, spent four years at the province between 2009 and 2013, playing 87 times and winning a league title in 2011.

"The SA 'A' matches will have multiple benefits for SA Rugby as it will open the door for some of our top up-and-coming coaches to be exposed to high-level rugby at senior level in a national team set-up, while at the same time allowing us to continue building our player base as look ahead to the Rugby World Cup," said Erasmus, who will be with South Africa on their European tour, having recently completed his ban from matchday activities. 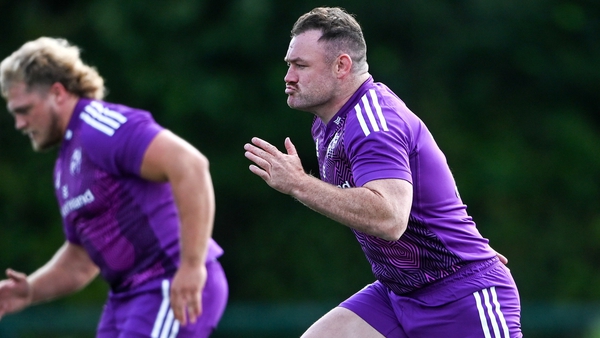 Dave Kilcoyne: Munster have so much potential for growth