Leo Cullen says speculation around the future of senior coach Stuart Lancaster is just "part and parcel" of rugby.

The Englishman has been approached by Top14 side Racing 92 about succeeding Laurent Travers as their new coach this summer, with the French club confirming their interest in him this afternoon.

However, Travers, who is set to vacate his coaching role to become club president, says a deal is yet to be agreed.

"I'm going to be clear, a lot things are written, a lot aren't true. There have been talks and there are talks, we're not going to hide it," he said.

In an extra twist, the two sides are set to face each other in the Pool stage of this season's Champions Cup, with Leinster traveling to Paris in December, before the return game in Dublin in January.

Earlier, Cullen wouldn't be drawn on whether or not he expects the former England boss to remain on the coaching ticket beyond this season, saying he "can't comment" on the speculation.

"So we are in a period of speculation, shall we say, and we can't comment on other people's speculation, but there has always been things going on in the background," the Leinster boss said, ahead of tomorrow's BKT United Rugby Championship meeting with Benetton at the RDS.

Lancaster has been hugely popular since arriving in Dublin in September 2016, helping Leinster win a Pro14 and European double in 2018, adding three more domestic titles, and helping them reach two other Champions Cup deciders.

Last summer, Cullen lost two of his coaching ticket, with Felipe Contepomi and Denis Leamy returning to Argentina and Munster respectively, and he says the province's success in recent seasons means their players and coaches will always be in demand.

"We are very lucky that we have a very strong group, some great people in our building and that’s credit to a lot of the work that goes on over the last number of years, so we are very lucky in that regard.

"But the reality is there is lots of other clubs who look at the talent, whether that is players or coaches, we have, and that is something we have to deal with all of the time and people make different decisions at different stages.

"And we are trying to talk about one person specifically who has been and amazing since he came into Leinster.

"So that's just part and parcel of the business we are in." 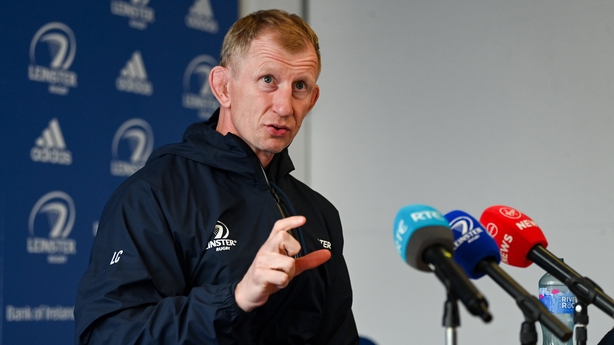 The province have loaded their team with Ireland internationals for tomorrow's visit of Benetton to the RDS, with 11 changes from the side that saw off Zebre a week ago.

Leinster looked sluggish at times in that 33-29 win in Parma, with Cullen admitting their preparation was heavily disrupted last week, following a burglary at his home.

"I did media on Monday, on Monday evening [Monday 12 Sept], my wife woke me up in the middle of the night and said she thought someone had been in the house.

"I went downstairs, my work laptop, passport and wallet had all been robbed out of our living room. I was scrambling around last week, by the end of the game in Zebre I was very relieved - A - that I was there, and - B - that we got a bonus point win, it was tight in the end.

"If anyone finds a Leinster laptop bag, with a laptop in it with all my notes and my passport, I'd love to find it again please.

"It was a strange week, but we're through it now, and it's just looking on to the next challenge for our lads. We've got five points, it wasn't perfect last week, but we need to be a hell of a lot better if we want to progress and make the end of the season, the games we want to be involved in, which is the playoffs," he added. 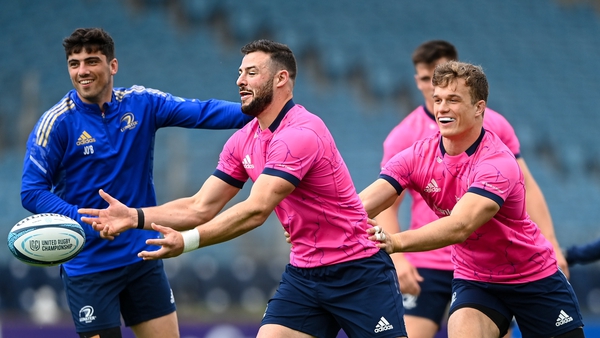