Leinster will be close to full strength for tomorrow's BKT United Rugby Championship meeting with Benetton, with some frontline Ireland internationals among 11 changes to the starting team.

Johnny Sexton, Tadhg Furlong and Jamison Gibson-Park are not included in the matchday squad, but six of those who return started Ireland's final Test against New Zealand in July.

Notably, Ciáran Frawley starts at out-half, after being allowed skip the Emerging Ireland mini-camp, ahead of next week's tour of South Africa.

He partners Luke McGrath in the half-backs, with McGrath and wing Dave Kearney the only two backs to keep their places following last week's win against Zebre Parma.

Jimmy O'Brien and Jordan Larmour partner Kearney in the back three, with Garry Ringrose captaining the side at outside centre, joining Robbie Henshaw in midfield.

In the pack, Michael Ala'alatoa continues at tighthead, with Dan Sheehan and Andrew Porter joining him in the front row.

James Ryan comes into the second row where he partners Jason Jenkins, who retains his place in the side after a try-scoring debut.

The back row is fully changed from last week, with Ryan Baird at blindsde, Josh van der Flier at openside flanker, and Caelan Doris packing down at the back of the scrum. 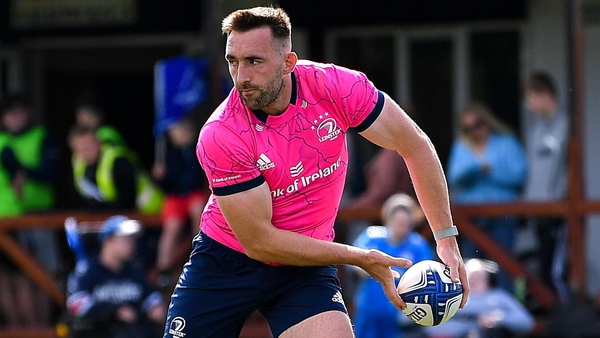