New Zealand will be without loose forwards Ardie Savea and Shannon Frizell for their Rugby Championship match against Australia in Melbourne on 15 September.

Savea, who has been outstanding in an underperforming team this season, will remain in New Zealand to prepare for the birth of his third child, while Frizell injured his ribs in Saturday's 53-3 victory over Argentina.

Luke Jacobson has been called into the 33-man squad as cover for Frizell, who has started at blindside flanker in New Zealand's last three Tests.

Hoskins Sotutu would be the obvious like-for-like replacement for No 8 Savea, who is expected to return for their final Rugby Championship match against the Wallabies in Auckland on 24 September.

Centre Jack Goodhue, who is recovering from knee surgery, and lock Patrick Tuipulotu, who has a neck injury, remain unavailable for selection.

Props Aidan Ross and Angus Ta'avao and centre Roger Tuivasa-Sheck have been released from the All Blacks squad so they can play in the National Provincial Championship.

The victory over the Pumas in Hamilton on Saturday sent New Zealand to the top of the standings ahead of the match in Melbourne, which doubles at the first match in the Bledisloe Cup series.

It will be the first midweek Bledisloe Cup Test in almost three decades. The game was moved to a Thursday night because of a crowded sports schedule when the AFL and NRL finals are both underway. 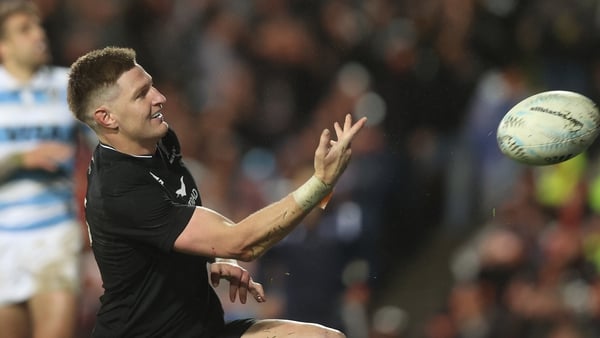