Former All Blacks head coach Steve Hansen has strongly criticised New Zealand Rugby for "not doing their job properly" as the fallout to the series loss to Ireland continues.

Foster replaced Hansen at the helm in 2019 after he walked away following a highly successful seven-year spell.

In an interview with New Zealand Today FM's Tiva O'Brien, Hansen said: "The relationship between the board and the [executive] with the players at the moment is probably the worst it's ever been.

"I don't think they are doing their job right at the moment.

"There have been a lot of reviews of [ex-New Zealand women coach] Glenn Moore and Ian Foster on their coaching ability recently but when was the last time the NZ Rugby Union did a review on itself? Our high performance department at the moment has to be squirming about our record at Under-20 level.

"We haven’t won a tournament. We started off with the Under-20s in 2008, we won the first four and we won in ’15 and ’17. Since then we’ve finished seventh and fourth and England and France have dominated the tournaments. Are we getting that side of our business right? I don’t think so."

"I think all good coaches go through adversity in their career and we're seeing that now with Ian Foster.

"He won’t be happy with how things have gone of late but I don’t think the issue is just inside the team. I think there are bigger issues than that.

"I'm probably sitting in the seat best to be able to quantify whether he is a good coach or not, because I coached with him for 16 years at the highest level. He is a very good coach.

"It's not acceptable to write or say things on social media that are cruel, nasty, malicious, spiteful, vicious…straight out bullying really.

"It’s the world we live in now with trolling. There’s no care or consideration of the person you’re writing about or their family. I can guarantee you that the people doing it had it done to them they’d melt away in the corner. We’re better than that in New Zealand but, unfortunately, we get emotional." 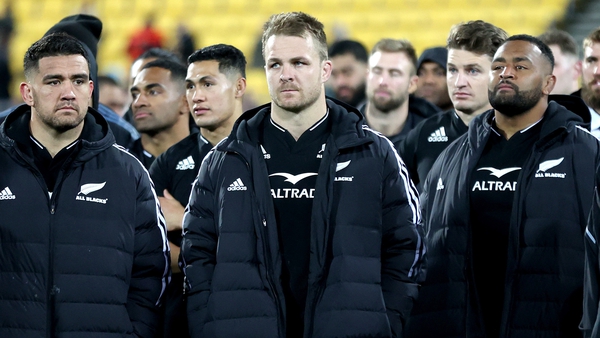 NZ media reaction: 'The All Blacks are in a heap of trouble'