Captain Keith Earls believes many of Ireland's young guns came of age during their 30-24 victory over the Maori All Blacks.

An experimental selection had lost their opening tour match 32-17 to the same opposition two weeks ago but overcame a sloppy start to secure victory in Wellington.

Ireland scored two tries in each half and two late scores for the hosts proved only consolation in a game played in difficult conditions.

"It was very pleasing," said the 34-year-old Munster back.

"In the first game we played the Maori we didn’t help ourselves, our discipline [was poor].

"A lot of young lads, good players but didn’t know what it takes to play 'big boy’ rugby and I suppose we learned from a lot of mistakes.

"There was still discipline [issues] a small bit but we got the job done.

"Yeah, I suppose the various kickers helped out our 9 and 10 as well, take a bit of pressure off them.

"We knew if we gave [the Maori] time and space, nine times out of ten they’ll take the right option and they’ll break a tackle. We knew our physicality had to be up there with our discipline." 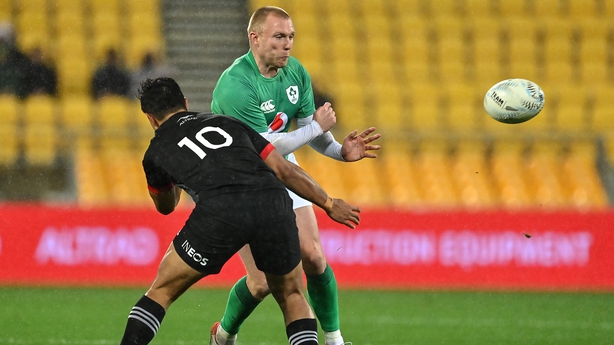 Earls has 97 full Ireland caps and was honoured to lead out his country for the very first time.

He said: "It’s a very proud moment for me getting to captain these lads I toured with in 2017 and it’s great to see a lot of them as senior players, it’s brilliant to get out with these young lads and see them do it on a big stage like this."

He said: "We did create a lot of opportunities out there and that’s probably what’s most disappointing, that we didn’t execute.

"The Irish were awesome and when they created the opportunities they took them and they punished us."