Peter O'Mahony's hopes of featuring in Ireland's third and final Test against New Zealand on Saturday have been boosted after he passed a head injury assessment.

The Munster captain played a key role in the historic victory over New Zealand in the second Test of the tour in Dunedin at the weekend, and head coach Andy Farrell confirmed that the back row had passed his HIA test2.

However, O'Mahony will still have to undergo a third HIA to confirm availability for Saturday's fixture in Wellington.

"He's passed his HIA 2, so he has still got his HIA 3 to go so he's fine at the minute," Farrell told RTÉ Sport.

The Ireland head coach has named Keith Earls as captain for Tuesday's clash against the Maori All Blacks in Wellington and has picked a revamped side for the midweek fixture against the side who took the spoils in the previous meeting on 29 June in Hamilton.

Ciaran Frawley is at out-half with Craig Casey starting at scrum half.

Nick Timoney and Cian Prendergast complete the back row alongside Gavin Coombes.

Farrell said the vastly experienced Earls was the natural choice for the nominal leadership of the team on Tuesday.

"His standing and status within the group are of the highest order so that's an easy one," he said.

"It gave me a lot of pleasure asking him to do it and he's a proud man and he's really looking forward to it.

"Keith played in the first Maori game and then he backed up (in the first Test against New Zealand) which is tough to do in a Test match and scored a try. 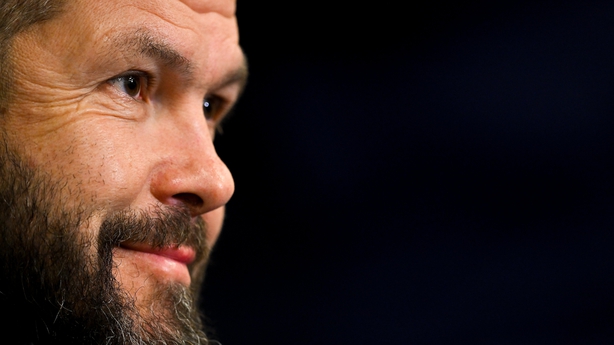 "He didn't play in the second Test obviously but the likes of him, Jack Conan - everyone to be honest - Conor (Murray) etc, their attitude has been absolutely top class and only been one thing on their minds and that's how can they help the team-mates that are probably playing in front of them better.

"There's no more deserving of a man to captain Ireland on Tuesday night against the Maoris than Keith."

With a number of international inexperienced names filtered throughout the team to face the Maoris, Farrell said the selection was about "opportunity for people to grow the group" and that the 10 days the younger players have had to learn from the previous game against Tuesday's opponents has been valuable.

He also feels his wider squad are coming into the game with confidence from the nature of the second Test win over the All Blacks as the third Test looms on Saturday.

"It's a boost and obviously the chat after the game was creating a little bit of history etc but the biggest feeling that I get is yes, pleased with the win but we're also pleased to keep the series alive and have another crack at the game at the weekend," said the head coach.

"So there's been a bit of dusting ourselves down and a good squad meeting as a whole this morning and the week's already started and the preparation for what's coming ahead on Tuesday night and for Saturday.

Follow a live blog on New Zealand Maori v Ireland on Tuesday from 8.05am on rte.ie/sport and on the RTÉ News App