Quade Cooper will form an experienced half-back combination with Nic White for Australia's series opener against England in Perth on Saturday.

Cooper will play his first Test since helping the Wallabies to a narrow win against Japan in October and edges James O’Connor and Noah Lolesio for the number 10 jersey.

Lolesio provides cover for Cooper from the bench but O’Connor has been left out of the matchday 23 altogether.

Former Exeter scrum-half White joins Cooper to resume a playmaking axis that masterminded five straight wins last year and they will be looking to launch the powerful Samu Kerevi at inside centre.

Openside Michael Hooper captains the team for the 66th time and there are two debutants in hooker David Porecki and lock Cadeyrn Neville, who at 33-years-old is the oldest Wallabies debutant this century.

"There were a lot of challenging decisions, which is a good thing because we’ve been trying to build depth," head coach Dave Rennie said.

"We left James out of the mix because he’s not quite sharp enough yet after missing a large chunk of the year. He’s back fit and available but lacks a bit of sharpness.

"Quade brings a calmness, he has massive experience and has trained very well."

Courtney Lawes will lead England into Saturday's game after retaining the captaincy despite Owen Farrell's return at inside centre.

For the first time since 2018, Farrell has been overlooked as skipper with Eddie Jones opting for Lawes after the Northampton flanker impressed in the role while deputising in the autumn and Six Nations.

The Saracens playmaker has made a full recovery from the ankle injuries that have disrupted his season and features in the midfield, lining up between fly-half Marcus Smith and outside centre Joe Marchant.

"We have had very strong preparation for this game. We did some good recovery work in Fremantle and quality training in Perth," said Jones. "The squad has come together well since we met up last week.

"Picking the 23 out of this group of 36 was difficult. We feel we have a well-balanced team which is ready for this improving Australia team. We'll take it to them from the start."

Follow Ireland's Test series against New Zealand via our live blogs on rte.ie/sport and on the RTÉ News App or listen to live radio coverage on RTÉ Radio 1. 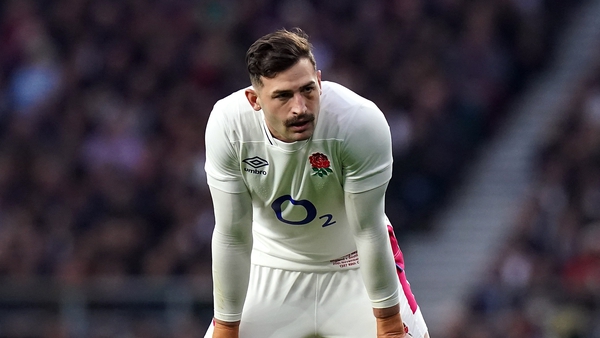