Cian Healy has emerged as the major injury concern for Ireland following their costly defeat to the Maori All Blacks in Hamilton.

The experienced loosehead prop had replaced Jeremy Loughman at half-time in the 32-17 defeat but was carried off on a cart after his leg got caught awkwardly under his body while making a challenge in the 69th minute.

The Leinster man had also come on as a head injury assessment replacement for Loughman in the second minute before the Munster prop returned after passing the pitch-side test. 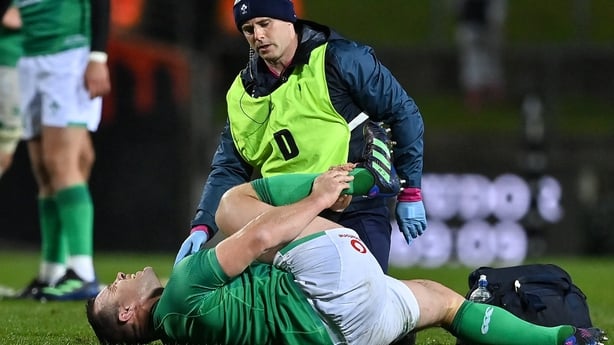 "Cian doesn't look too good but I wouldn’t like to… he was in a bit of pain coming off the field," said head coach Andy Farrell after the game.

"It’s settled down a bit so we’ll see with him.

"Jeremy Loughman actually passed his HIA by the independent doctor.

"We brought him off as a precaution and brought Cian off and then that happens to Cian, which is not nice really."

But it’s the loosehead options that will cause the biggest headache for the coach, with additional call-ups likely.

Andrew Porter has been the preferred starting loosehead for Farrell, with 34-year-old Healy the back-up. Finlay Bealham could also provide cover on that side.

"A few lads were struggling with cramp at the end there, it was a tough old game especially for the forwards, so like we always do, we’ll dust ourselves off and see in the morning." 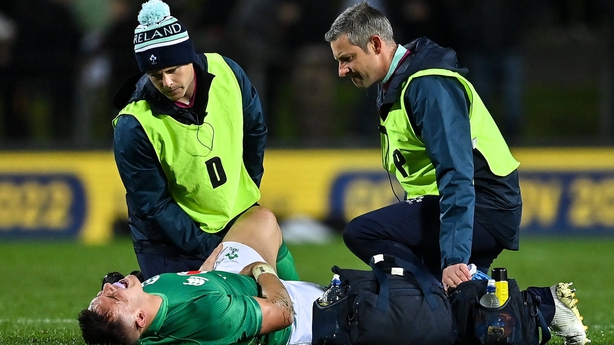 Full-back Jimmy O’Brien and centre James Hume (above) were also forced to depart with injury.

"Jimmy came off with a strain," added Farrell.

"He thinks it’s a strain. He’s feeling pretty good in the changing rooms. James has a bit of a groin injury that needs assessment tomorrow."