New Zealand's preparations for Saturday's first Test against Ireland have been thrown into chaos, after they confirmed four positive Covid-19 cases in their group, among them head coach Ian Foster.

In a statement released on Sunday night, the All Blacks confirmed that Foster, forwards coach John Plumtree, and centres David Havili and Jack Goodhue had all tested positive, and are currently isolating at home.

Under current New Zealand government guidelines, people with Covid-19 must self-isolate for seven days, either from the time of their first symptoms or from their positive test, whichever came first.

With Ireland due to take on the All Blacks in their series opener at Eden Park in Auckland on Saturday, it seems highly unlikely that the quartet would be available, with the All Blacks' statement not confirming when any of the players tested positive, or if they had developed symptoms.

With Anton Lienert-Brown out injured, it would have been likely for one of Havili or Goodhue to start in the centre for Saturday's first Test, with Havili having played off the bench in November's 29-20 defeat to Ireland at the Aviva Stadium.

Neither player has linked up with the squad at their Auckland base this week, with Crusaders utility back Braydon Ennor called up to the squad as back up.

While it's not in his control, the Covid-19 breakout in his group adds to the tension surrounding head coach Ian Foster, who has come under increased pressure since his side's defeats to Ireland and France in November.

Foster will this week coach from home, as will his forwards coach Plumtree, who has a successful spell working with Ireland in 2013 and 2014.

With Foster and Plumtree unavailable in camp this week it's likely that scrum coach Greg Feek - also a former Ireland assistant - will take on further responsibilities, as well as Brad Mooar (attack) and Scott McLeod (defence).

Meanwhile, Brad Weber has been preferred to TJ Perenara at scrum-half for the Maori All Blacks' game against Ireland in Hamilton on Wednesday.

Weber partners Chiefs team-mate Josh Ioane at half-back with Crusaders No 8 Cullen Grace one of four debutants in the starting XV. 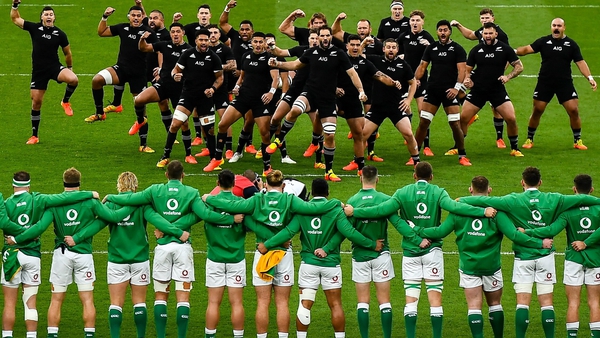