Bernard Jackman believes Jordan Larmour is the player who potentially has the most to gain on Ireland's tour of New Zealand this summer.

Andy Farrell's side arrived in Auckland this week ahead of their five-match tour, including three Tests against the All Blacks.

Larmour was included in the 40-man squad having finished the season in impressive fashion, returning from a hip injury to pick up two player of the match awards in his final three games of the campaign for Leinster.

Against Munster and Glasgow Warriors the 25-year-old was particularly impressive, and it could be enough to force his way back into the Irish team.

In recent months, Andrew Conway has been the regular starter on Ireland's right wing but with the Munster man and Robert Baloucoune both injured - it leaves the No 14 shirt up for grabs for Ireland's first Test against New Zealand at Eden Park on 2 July.

And while Jackman says Larmour faces stiff competition to get into the Farrell's plans, he believes the Leinster man could make a big impact if given the chance.

"I think Larmour is an interesting one," he told the RTÉ Rugby podcast.. "Being injured, but before his injury there were doubts around his form, and obviously he would have been injured and seen the likes of Jimmy O'Brien and Tommy O'Brien lay down markers.

"There would be a temptation to kind of feel sorry for himself and have doubts but he came back in incredibly good shape, and on form and looked confident.

"Conway was good in the Six Nations and is suited to the fact we box-kick a lot down the right wing, and he's very good at that [kick-chase]. Earls has been re-contracted on a central contract, but I think Larmour could make a push." 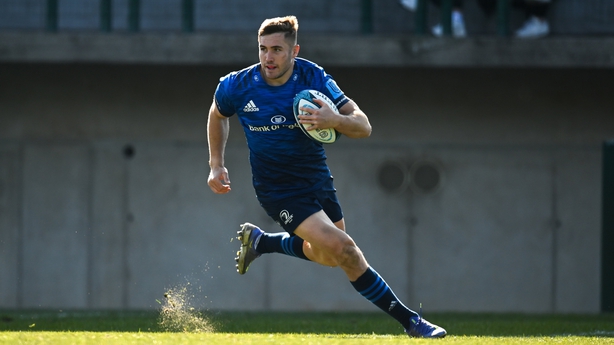 Jackman believes this summer will be crucial for Larmour if he wishes to add to his 30 Test caps.

"Larmor at the best, could he start on the right wing? Given we want to play with a lot of width, this is a big tour for him.

"He could go from a potential starter to being completely left behind because Earls, Conway, Mack Hansen have done nothing wrong. He's someone I am fascinated to see, can he bring that form he showed with Leinster at the tail end of the season?"

Ireland's tour begins on 29 June with a warm-up match against the Maori All Blacks in Hamilton.

And while Jackman doesn't expect any of Ireland's frontline players to start that game, he thinks Tadhg Beirne and Bundee Aki could be two of the more experienced cavalry who could feature off the bench.

Beirne (below) has played just once since the Six Nations due to a thigh injury, while Aki last played a competitive game at the end of April. 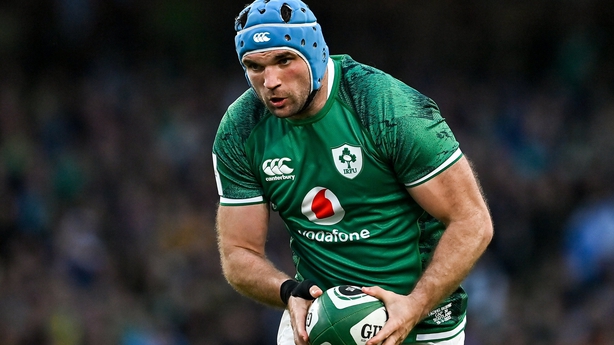 "I don't expect to see any of the frontliners start," said Jackman.

"This is where those inexperienced players need to play, over those two Maori games. If you're one of them, you're hoping you do enough to sneak into a Test squad.

"Someone like Tadhg Beirne, because he's been injured, what doe he need?

"I think [Aki] may play. He might not play in the first Test. He might need to get a good blow-out against the Maoris, and come in for Tests two and three. That's an option.

As Ireland head on tour to New Zealand, others bid poignant farewells