Eddie O'Sullivan says he hasn't lost confidence in Ireland's chances of success in New Zealand this summer, despite a poor end to the season for all four provinces.

Leinster's chances of a European and URC double were squashed in recent weeks after defeats to La Rochelle and the Bulls, while Ulster suffered a painful URC semi-final loss against the Stormers.

Head coach Andy Farrell yesterday said he doesn't believe there will be any lingering frustrations among his squad, who gathered this week for a mini-camp, before flying out to New Zealand for their three-Test series next week.

And O'Sullivan says he has full faith in the players to turn over a new leaf in Irish camp, based on his own experiences as head coach between 2001 and 2008.

"I think they're in a good place," he said on this week's RTÉ Rugby podcast.

"When I was coaching Irish teams, they could leave the province behind them and draw a line. They put on a different hat.

"Fellas would be a bit down, I remember Munster coming in off some of those terrible defeats in Europe, but I always found players had this capacity to compartmentalise, and they pivot away; this is the next challenge, a green jersey rather than a red or blue jersey. I wouldn't be overly concerned about that.

"A change of scenery as well, a different country, a freshness about it."

However, the former Ireland boss believes Farrell will have to play a tricky balancing act with the fitness of the squad over the three-and-a-half week tour, in which time Ireland will play five matches.

And while the defeats for Leinster and Ulster mean Farrell now has an extra few days to prepare with his full squad, O'Sullivan says some players may be light on game time.

"Some guys might have too much rest," he said.

"Bundee Aki won't have played for two months by the first test, he didn't even play Connacht's last game in Galway.

"The upside for some guys is that they're not getting on a plane after a final, there's a bit of a break, but some fellas have been twiddling their thumbs for a few weeks, and that's not good either, you lose your sharpness."

"Whether that can last for the three games is another question. That first game will probably the one they have a chance of winning."

Former Ireland prop Fiona Hayes also joined Eddie and Neil Treacy on this week's podcast, but admitted her confidence of Irish success in New Zealand isn't as strong as it was a couple of months ago.

And she says she expects Ireland to really target the first Test in Auckland on 2 July, as they search for a first ever win against the All Blacks on New Zealand soil.

"At the start I was thinking we could really go out and cause an upset, just on the form of the players. Especially Leinster in the last few weeks, they look tired. Munster looked tired," she said.

"I know Andy Farrell came out and said it's a different system, and you can't be looking at the provinces' games, but you can look at the players and how their form came into play, and how they looked on the pitch.

"They do have a bit of downtime before the tour but I certainly wouldn't be as confident.

"It's a chance to go to New Zealand, there are guys who know there is a World Cup coming up, they'll have some rest and get the bodies sorted, and then we'll probably see them going back out, hammer and tongs.

"Whether that can last for the three games is another question. That first game will probably the one they have a chance of winning." 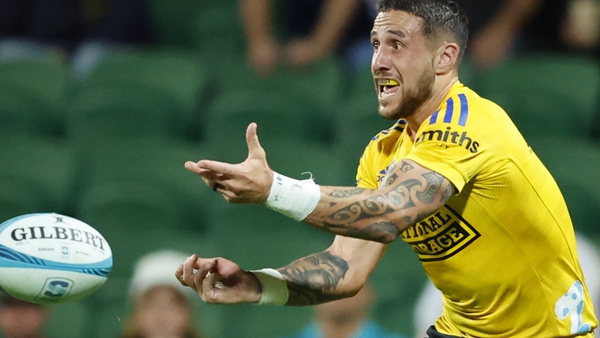