Last Friday Will Skelton was as good as written off for the season by Ronan O’Gara only to be added to the replacements just prior to kick off in their Top 14 meeting against Stade Francais on Saturday.

The giant Australian lock was then given a late run off the bench and starts tomorrow’s Heineken Champions Cup final in Marseille (4.45pm).

The 30-year-old featured prominently in Leinster’s defeats to Saracens in 2019 and to La Rochelle last season.

This week the talk was about injured New Zealand duo Victor Vito (ankle) and Tawera Kerr-Barlow (hand) and neither the back row nor the scrum-half are in the 23.

"We’ll be prepared for that not to be the team that’s been announced," said Cullen today.

"That’s the thing, you’ve got to play for all the different eventualities.

"We expected Skelton to be involved. Obviously, there were different rumours going around.

"Playing with a broken hand, it's going to be pretty challenge for a 9, more than any other position on the field.

"We try to put together a plan to pressure the half-backs. Kerr-Barlow is hugely experienced, played for the All Blacks, big presence over the last couple of seasons. If he’s not there I’m sure he’ll be a loss but we’ll see what team runs out tomorrow."

Leinster lock James Ryan, who will come up directly against Skelton, said he was looking forward to the challenge. 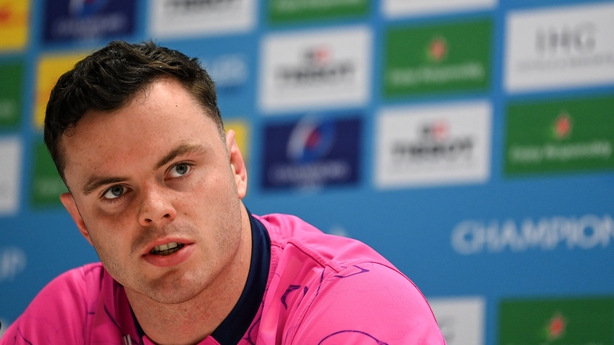 "It’s exciting," said the 25-year-old, who cedes around 25kgs to the Wallabies international.

"He’s a crucial member of their forward pack, their squad really. Having him back is a bit boost for them.

"He’s a physical player and effective on both sides of the ball.

"They have some world class players in the pack."