Ultan Dillane says he is leaving Connacht with "phenomenal memories" as his decade-long association with the province came to an end.

The 19-time Ireland cap's impending exit was confirmed back in December, amid links with a move to Ronan O'Gara's La Rochelle, but the final farewell came on Saturday as he helped Connacht to a 22-20 win over Zebre in the United Rugby Championship.

Speaking to RTÉ Sport at the Sportsground that he graced for so many years, the second row was in reflective mood.

"It's hard to put into words but it's been everything I've worked for up to now so it's hard to explain without getting emotional. But it's certainly gutting to leave the place. It's hard to imagine that I won't be stepping on this pitch again.

"But there's no point in getting too sad about it because we've made such phenomenal memories here and the team I'm leaving is onto good things. So it's exciting to see where that goes next season."

On Connacht's potential to take a step forward in the future, he felt the ingredients are there to push on, adding: "If we can get a hold of that good stuff that we can produce and be a bit more consistent, we're onto great things here."

When it came to the standout memory from his time with Connacht, being part of the province's famous title win in one of the URC's predecessors was the obvious first achievement that came to mind.

"The Pro12 in 2016 was a huge one, the Champions Cup fixtures we've had here against Toulouse, Montpelllier and the likes of Gloucester," said Dillane.

"Two of the trips that we made to Russia over the years have been incredible. It's just been a lifetime of memories made in what feels like such a short time because it's just flown with the fun we've had here. But I'll surely miss the place." 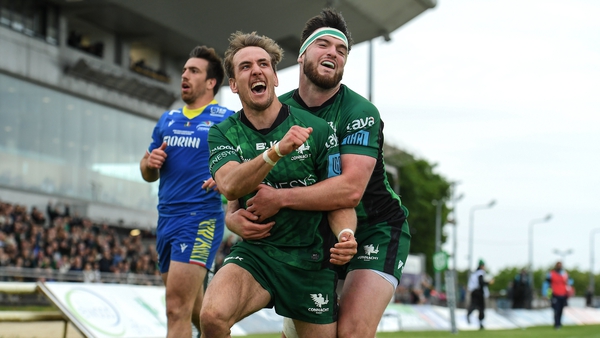 Stuttering Connacht sign off with a win against Zebre