Connacht left Russia with a Challenge Cup hard-earned bonus-point victory over Enisei-STM, and were forced to endure the freezing Siberian temperatures for a little longer after a technical fault with their plane forced them to stay an extra night.

It was only four minutes from time that Pat Lam's side wrapped up the five-point haul when AJ MacGinty picked out Rory Parata with a cross field kick to score Connacth's fourth try.

In a game played in bitterly cold conditions both sides struggled to cope with temperatures well below -20ºC, but leaving Russia with no major injuries of note and the maximum return is hugely pleasing for Connacht.

Krasnoyarsk is hardly the place that USA international and Dublin born MacGinty would have expected to make his first start for Connacht, but he controlled matters beautifully in horrendous conditions.

Connacht's sole return from a tetchy first-half was two penalties from the former Blackrock College student, but in the conditions a 6-0 lead was priceless.

But shortly after the restart Connacht's class began to show as their dominant scrum started to consistently force Enisei onto the back foot. 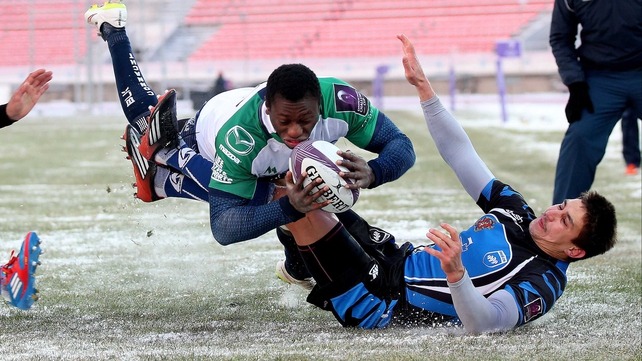 MacGinty landed his third penalty in the 44th minute, and three minutes later Niyi Adeolokun dived over for their first try following a powerful scrum on an Enisei put-in.

Five minutes later skipper John Muldoon got in on the act with his side's second try which stretched their advantage out to 19-0.

Due to technical fault with plane, we won't be flying home tonight and will stay in Krasnoyarsk at least another night. #RoadToRussia

The third try arrived soon after, on the back of a penalty earned by the scrum, and following a break from replacement Sean O'Brien, Aki sent Darragh Leader in on the left. 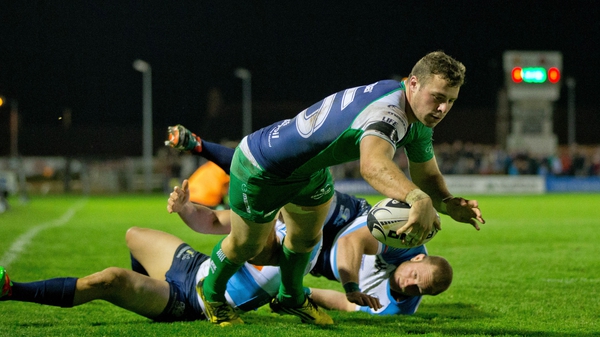