Connacht moved top of the Guinness Pro12 league with a 33-19 win over Benetton Treviso at the Sportsground.

Coupled with Leinster’s victory over Scarlets, the result sees Pat Lam’s men top of the pile having played seven games.

Treviso's Kiwi full-back Jayden Hayward notched the only try of the first half, leaving the Italians only 9-5 behind, with Connacht centre Craig Ronaldson landing three of his four penalty attempts.

Healy had to go off injured, leaving the hosts with 14 players, and knock-ons blighted their late push for a bonus point, with Treviso grabbing an injury-time conversion score through replacement scrum half Edoardo Gori.

The impressive Ronaldson registered the first points in the third minute, punishing Marco Barbini for a ruck offence, but the Italians established early dominance of the scrum and advanced from a couple of penalties.

A second Ronaldson place-kick doubled Connacht's lead by the end of a rather patchy first quarter, the hosts' only attack of note being sparked by Andrew Browne and including a kick chase from the lively Matt Healy. 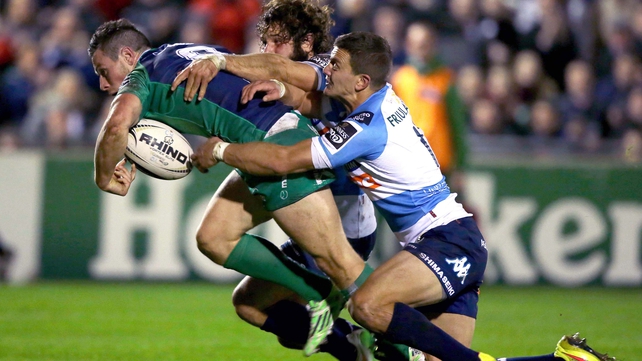 However, it was Treviso who were first to cross the whitewash. Andrea Pratichetti straightened up on a threatening 26th-minute break, releasing Hayward on his shoulder for a well-taken unconverted effort.

Ronaldson replied with his third successful penalty, rewarding a strong Connacht scrum after a Henshaw break almost led to a try for scrum-half John Cooney, who had to go off minutes later with an arm injury.

Connacht made an ideal start to the second period, the increasingly influential Henshaw finishing off an attack out wide with Ronaldson expertly adding the extras from the touchline.

However, Umberto Casellato's side hung in there, showing a clinical edge on the counter again as Tommaso Iannone sliced open the home defence and Hayward ran in his second try which he converted for a 16-12 scoreline.

From a cleverly worked short line-out, McCartney hit back with Connacht's second  touchdown. Unfortunately he injured himself in the act of scoring, with Dave Heffernan returning to the pitch.

Ronaldson tagged on a penalty and from a Henshaw breakout, speedster Healy stepped inside and out before using his strength to get over the line.

Ronaldson converted once more to complete his 18-point tally, although battling Treviso had the final say as they countered for Gori to dot down and Hayward converted with the final kick. 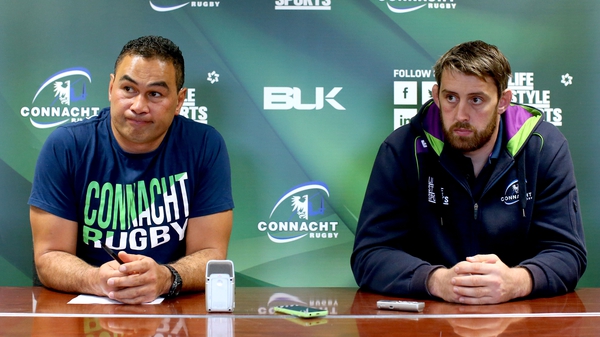