As Leinster prepare to host Toulouse in the Aviva Stadium this afternoon, we take a look back at four classic Heineken Champions semi-finals involving the Irish side. 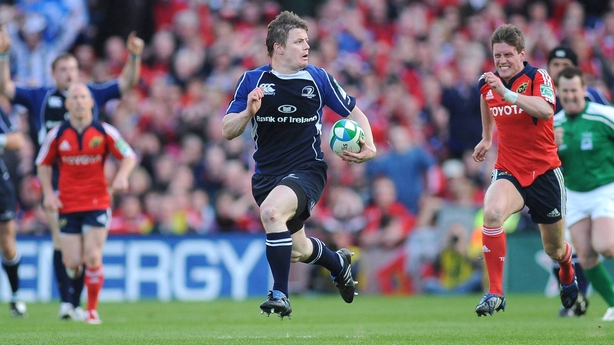 The match that turned the tide.

Two-time and reigning champions Munster arrived at Croke Park looking for a repeat of the semi-final result from three years previous at Lansdowne Road that set them on their path to glory.

However, Leinster, under Michael Cheika, had different plans.

It was also the match that thrust Johnny Sexton onto the main stage, with the future Ireland captain coming on as replacement for the injured Felipe Contepomi in the 25th minute.

To that point the game was even, with Ronan O'Gara’s penalty levelling it up after the Argentinian had landed a dropgoal.

Sexton duly tapped over a penalty with his first touch in front of a sold-out GAA headquarters.

Leinster, who would go on to beat Leicester in the final, never looked back and after Gordon D’Arcy scored a try five minutes later, and Sexton famously sledged O’Gara in the corner.

The Munster out-half added a penalty before half-time but that was to be the visitors’ last score and second-half tries from Luke Fitzgerald and Brian O’Driscoll, picking off an O’Gara pass to run the length of the pitch, sealed the deal. 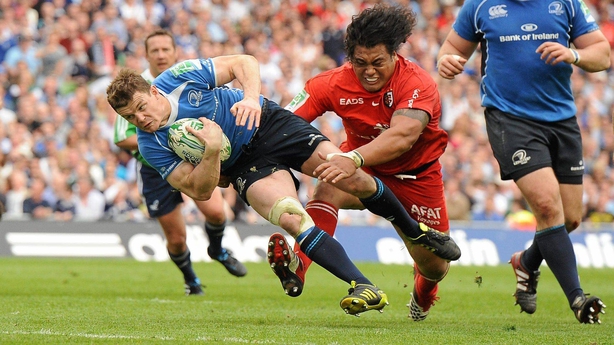 Having lost their crown with defeat to Toulouse in the semi-final in 2010, Leinster immediately got a shot at revenge when they welcomed the then-champions to the Aviva the following season.

Florian Fritz got the visitors off to a perfect start, quickest to react when a long-range David Skrela penalty effort hit the post and bounced up to the bemusement of a host of Leinster defenders.

It was tit-for-tat for most of the match with Jamie Heaslip getting a try and the boot of Johnny Sexton keeping Leinster, then under head coach Joe Schmidt, in the game.

Toulouse took advantage of a yellow card for O’Driscoll before the break, scoring ten points with the Ireland captain in the bin.

However, upon his return the centre scored a try and Sexton kept the board ticking over, including a penalty with the last kick of the match to send the Blues to their second final where they beat Northampton in Cardiff. 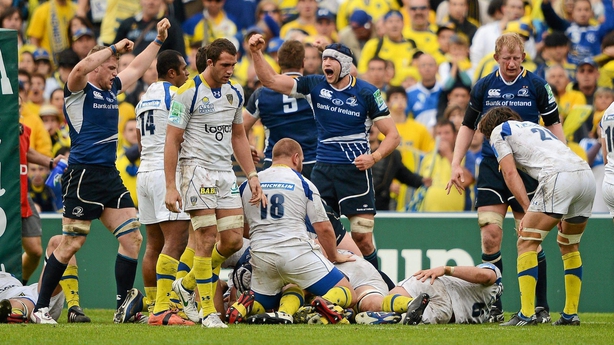 Defending champions Leinster arrived to the Stade Cheban-Delmas where Clermont had seemingly brought all their fans, while the Blues faithful came to add their colour to what was a tough, tense tussle in Bordeaux.

But Cian Healy got on the end of a Rob Kearney break early in the second half with Sexton’s conversion putting the visitors ahead.

The full-back landed a long-range drop goal a few minutes later before James and Sexton kicked a penalty each to leave Leinster with a four-point lead with 17 minutes left.

Leinster staged a goal-line defence for the ages over the final five minutes. Wesley Fofana went over but couldn’t ground the ball. ASM won another penalty but conceded one of their own when a try looked certain.

With that, Sexton booted the ball high into the stand and Leinster were through to another final, this time against Ulster, which they would win comfortably. 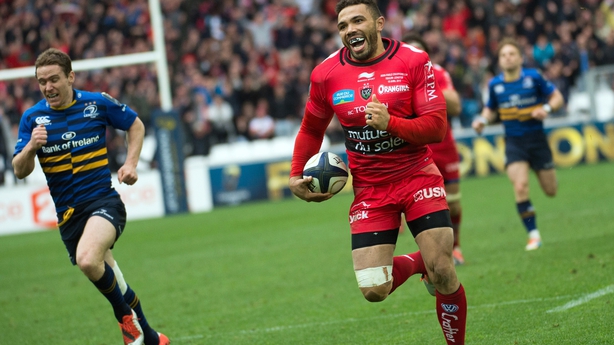 Leinster fell just short in Toulon in a battle that went all the way to extra time as the defending champions booked a third final spot in a row.

The sides could not be separated in normal time with Leigh Halfpenny and Ian Madigan kicking four penalties apiece.

Rob Kearney and Jimmy Gopperth missed late drop goals for Leinster, who had led 9-6 at the break, and Delon Armitage sent the last kick of the 80 minutes wide off the tee as the game went into overtime.

Halfpenny and Madigan swapped penalties but Bryan Habana intercepted a Madigan pass for a run-in at the end of the first period.

Leinster hit back with a Sean O’Brien try but it was not to be, Gopperth hit the post with the conversion and Toulon held on to claim the victory.

A third title followed as they accounted for Clermont in the final at Twickenham.

Follow Leinster v Toulouse (3pm) in the Champions Cup semi-final with our live blog on RTÉ.ie/Sport and the RTÉ News app or listen on RTÉ Radio 1. 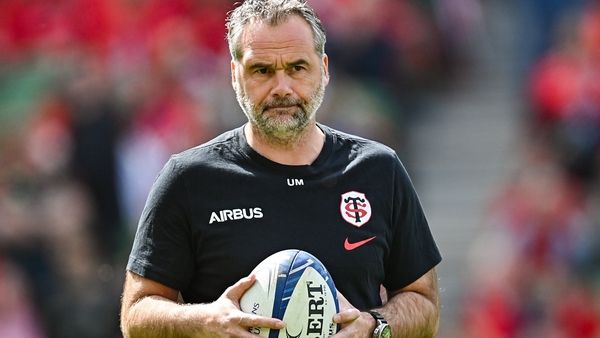