The final four, and a date in Marseille on the line.

The dust has barely settled on a dramatic quarter-final weekend, but for Leinster, Toulouse, Racing 92 and La Rochelle attention now turns to the semis in Dublin and Lens.

Leinster, Racing and La Rochelle booked their route here with a minimum of fuss, but the same cannot be said about Toulouse, who overcame Munster after 100 minutes of rugby and a rarely seen place-kicking competition at the Aviva Stadium.

The defending champions will be back in Dublin on Saturday as they look to continue their march towards a second title in a row, which would be their record sixth in total.

But after last week's clinical job away to the Leicester Tigers, Leinster side remain tournament favourites, having won all five of the games they've played - without ever looking like being beaten.

Both games are live on BT Sport.

RTE.ie/sport will have a live blog of Leinster v Toulouse, as well as match report, player ratings and reaction from the Aviva Stadium.

Conditions look good for Dublin on Saturday, with temperatures of around 16C predicted at the Aviva Stadium. And while it looks like being an overcast afternoon, the chances of rain appear to be slim.

A repeat of the 2019 semi-final, and coincidentally the last time Toulouse have been beaten on Irish soil.

Unlike almost any other team in the competition, the five-time winners can point to a pretty formidable recent record in Ireland, winning on their last five visits to this country, one against Connacht and two each versus Ulster and Munster.

It's a fourth semi-final appearance in a row for Ugo Mola's side, with last year's win against Bordeaux-Begles their only victory, following defeats to Exeter and Leinster in the previous seasons.

Tomorrow's game will be a joint-record 14th semi-final appearance for the French side in the competition, drawing level with Munster, while Leinster will be making their 13th visit to the final four.

The two teams are no strangers to each other, with six wins apiece from their previous 12 meetings.

Twelve months ago, Leo Cullen's side were outmuscled by La Rochelle in their semi-final in France, and while Leinster have a historically mixed record at this stage of the competition, they have won their last four semi-finals in Dublin, two of which came against Toulouse.

James Lowe (Leinster, below): "In any sort of club rugby, I think this is as big as it gets. They've got five stars on the chest, something we have been striving for the last few years. They are the current holders and the current Top 14 champions. To win this title you have got to beat the best." 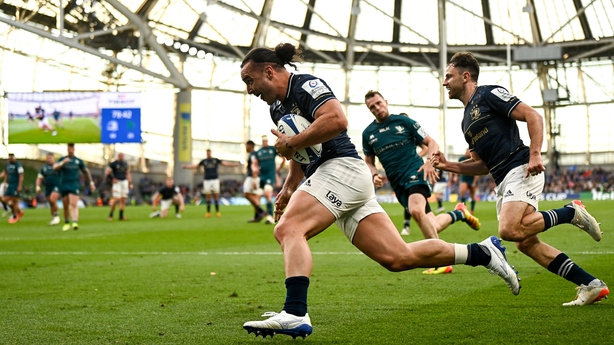 Ugo Mola (Toulouse head coach): "I remain convinced that they are the best team in Europe. Three years ago, they took us out [in] the semi-finals, we learned a lot that day, and three years later we are no longer the same [team]. But neither [are] they."

A major Champions Cup knockout game moved to a neutral venue due to a concert? Unthinkable...

After Ed Sheeran saw to it that Munster would have to travel to Dublin to host their quarter-final, Racing have had to bring their all-French meeting with La Rochelle 200km up the road to Lens, and the 38,000 seater Stade Bollaert-Delelis, due to a 'Sexion d'Assaut' concert booked in the La Defense Arena.

La Rochelle - or Ronan O'Gara's La Rochelle to use their full name - announced themselves on the European scene this time last year when they upset Leinster in the semi-finals, before coming up short in the final against Toulouse.

And while their Top 14 form has been mixed, Stade Rochelais have improved in Europe as the season progressed, knocking out Bordeaux-Begles easily over two legs, before outmuscling Montpellier in the quarters.

Their opponents Racing are the Champions Cup's 'nearly men' of recent seasons, losing finals to Leinster and Exeter in 2018 and 2020, either side of shock quarter-final defeats in 2019 and 2021.

It's arguable Leinster have been the only team more impressive that the Parisians this season, with Laurent Travers' side breezing through the pool stage with wins against Northampton Saints and the Ospreys, before comfortably dispatching of Stade Francais and Sale Sharks in the knockouts.

They're also on a six-game winning run in all competitions, but O'Gara's side were the last team to beat them, a 19-0 win in the Top 14 in March.

There's mixed injury news for La Rochelle, with Will Skelton and Brice Dulin both still unavailable, but they have been able to recall Jonathan Danty, who missed last week's quarter-final win.

Racing are getting closer to full strength, with Trevor Nyakane and Virimi Vakatawa adding extra power to the starting team. 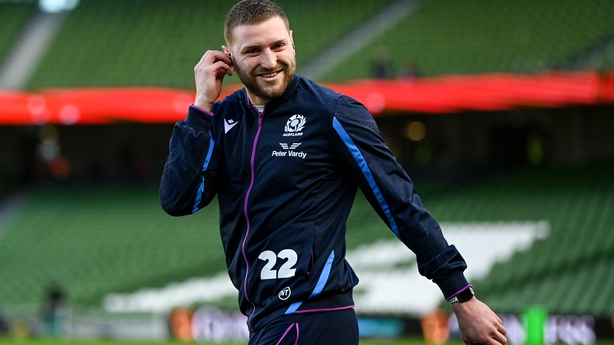 Finn Russell (Racing 92, above): "We have already played La Rochelle a few times this year and last year they beat us in the semi-finals of the Top 14. We know them, we will have to prepare well."

Greg Alldritt (La Rochelle): "Last year we missed out and we still have a bitter taste in our mouths. We want to get rid of it, so we are more motivated than ever. There are great players who have left us, like Keke (Kevin Gourdon, forced to quit during the season), Victor (Vito), and Jeremy Sinzelle, who is going to leave. We want to end on a high note for these guys." 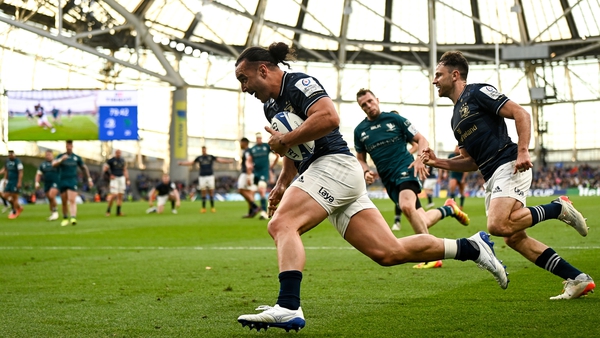 'Too strong, too smart' - Leinster should beat Toulouse and advance to Champions Cup final