Toulouse lock Rory Arnold admits he feared he could have been red-carded during their dramatic Heineken Champions Cup quarter-final win against Munster on Saturday.

The defending champions booked a semi-final date with Leinster back at the Aviva Stadium after their nail-biting 4-2 win in a place-kicking competition, after a 24-24 draw.

The Australian lock was at the centre of a big incident in the second half, when he was yellow-carded on 50 minutes following a dangerous tackle on Simon Zebo, having lifted the Munster player's legs above the horizontal and driven him into the ground.

After consulting with the TMO, referee Luke Pearce judged that with the Munster man landing on his back rather than his head, a yellow card would suffice, with Arnold spending the next 10 minutes in the sin-bin before helping his side come from 24-14 down to send the game to extra time.

Speaking ahead of this Saturday's return to Dublin, the 22-cap Wallaby says there was an element of relief to see the card he received was yellow rather than red.

"I was [relieved] to be honest," Arnold said.

"I definitely got that one wrong. If I was shown red then, it would definitely drastically changed the outcome of that game.

"I was very lucky there and I need to be better around that collision zone."

At the time Toulouse were behind by seven points, with Munster stretching their lead to 10 while Arnold was in the bin. 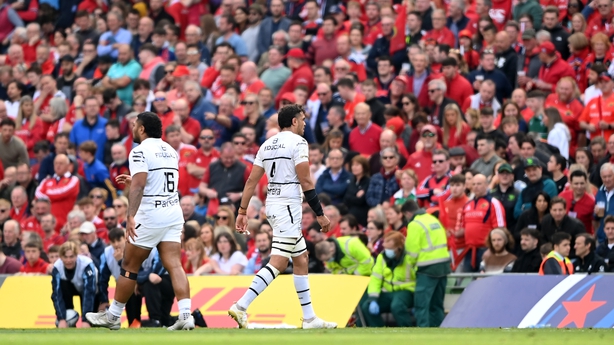 And the lock says a similar mistake this week against Leinster could be punished further.

"Absolutely, these big games are usually quite close. So a yellow card or red card, it will be devastating if a team gives it away, especially a red card."

The 31-year-old, whose twin brother Richie is also on the books of the five-time champions, is expecting another raucous atmosphere at the Aviva Stadium, having dealt with a crowd of more than 40,000 on Dublin last Saturday.

Recent history shows that Ugo Mola's side have no fear of an away day in Ireland though, having won their last five games in the country, and knocking out Munster and Ulster in previous rounds.

The French champions will arrive in Dublin today, before tomorrow's captain's run at the Aviva.

And Arnold believes that are battle-hardened from their tough route to the last four.

"I guess a little bit in that we travelled away and got the results in those two games, but in saying that I think they're the benchmark, they're a step up in terms of Irish rugby.

"So we're going to have to be very, very good and clinical if we want to get the result on Saturday.

"To be the best you've got to beat the best, and we've definitely had some tough teams on the wat to this semi-final. It's no different this weekend, they're a world class team.

"There is nothing between the teams, when you look at how much experience they have and how successful they have been in their competition and in the Heineken as well, they're a class team and we know it’s going to be a challenge on Saturday. 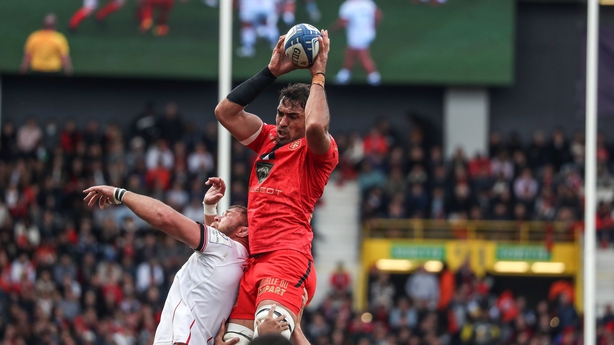 "I think they'll play field position a fair bit and put our back three under pressure in regards to contestable kicks and what not. For us, if we can defend well and exit clinically, I think that will be a massive part in getting a result." he added.

A win against Leinster would leave Stade Toulousain just one win away from a sixth Champions Cup title, having won a record fifth title 12 months ago when they saw off La Rochelle in the Twickenham final.

"That was amazing. Last year was such a special year and lucky enough to do it alongside my brother [Richie], it was something I'll never forget but that was last year," added Arnold, who joined the club in 2019.

"Now we’re in a similar position we’ve got another couple to go and we’re under no illusions to how big this weekend is for us and if we want to do it again I think this weekend’s the biggest test for us.

"I think the city and the club should be proud of that. There's obviously a big history in the Top 14 there but they’ve been doing well in European Cups in the last 10 years or so it’s pretty exciting to be part of a club like this." 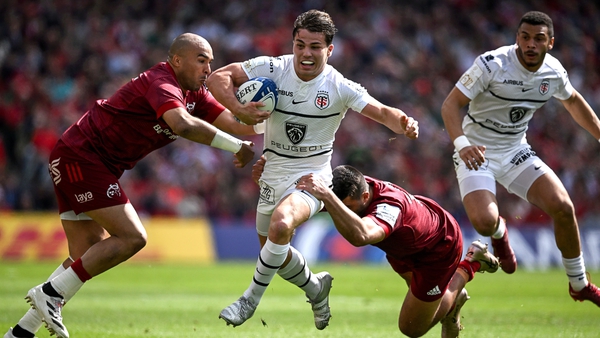