Leinster will welcome Toulouse to the Aviva Stadium on Saturday for their Heineken Champions Cup semi-final.

It'll mean a second visit to Dublin in eight days for the defending champions after the saw off Munster in a kicking competition yesterday. The side couldn't be separated after 100 minutes of play, with the tie finishing at 24 points each, before the French giants won 4-2 on penalties.

Leinster's victory over Leicester was more straightforward at Welford Road as tries from Josh van der Flier and Robbie Henshaw helped them beat beat the Premiership side on a 23-14 scoreline.

Despite their domestic domination of late, Leo Cullen's side have managed to win Europe's premier club competition just once in the last nine seasons. They emerged comfortable winners when the sides last met at this stage of the competition three years ago.

Kick off in Dublin is set for 3pm. The match will be live on Saturday Sport, RTÉ Radio 1, with coverage beginning at 2pm.

The second semi-final will take place on Sunday as Racing 92 take on Ronan O'Gara's La Rochelle in Lens, with a 3 o'clock kick-off (Irish time). 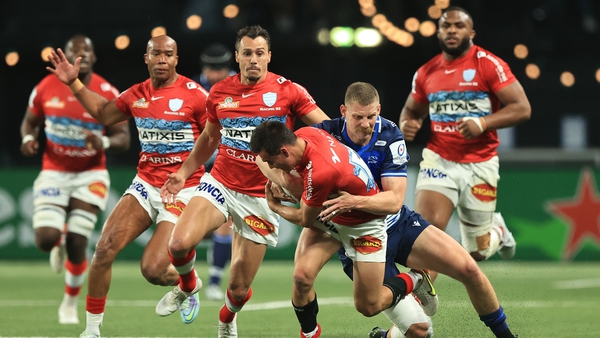