Bernard Jackman believes the pieces are falling into place for Munster to embark on a new era - but said they have every right to believe Johann van Graan's reign can end with some silverware.

Van Graan departs in the summer to become head coach of Bath, with Graham Rowntree replacing the South African.

On Wednesday it was confirmed that Mike Prendergast is on his way back to Munster as the province's new attack coach, and Jackman says that appointment has increased the sense that positive change is happening.

"The news that another piece of the jigsaw has fallen into place will definitely give them confidence that there is a new era about to start," he told RTÉ 2fm's Game On.

"I think the last three weeks have been really positive for them. Since that away defeat to Exeter, they announced Graham Rowntree that week for the home game.

"They won that. Then they went to Ravenhill and beat Ulster, took back control for the second seeding and then had a very good performance against Cardiff in Cork last weekend."

"The news that another piece of the jigsaw has fallen into place will definitely give them confidence that there's a new era about to start"@bernardjackman on the short-term and longer-term optimism for Munster #RTERugby @GameOn2FM pic.twitter.com/UbYfzqmWHw

This Saturday they take on Toulouse in the quarter-finals of the Heineken Champions Cup. Optimism abounds for the future, but the present holds plenty of promise too.

"They're in the quarter-finals of the Champions Cup, they're second at the moment in the URC, there's an opportunity for this squad and management to finish the season on a high and potentially with some silverware," added Jackman.

"It looks like the tickets sales are really impressive. There's going to be a huge crowd in the Aviva, it's Munster once again against Toulouse which we've seen in so many battles over the lats 20 years in Europe.

"When you look at the core fundamentals that they have, it's suited to cup rugby, to knockout. Even the most ardent Munster fans would say that if Toulouse played Munster ten times Toulouse would win most of the games.

"But they don't. It's a one-off, and this is historically when they've found their best form." 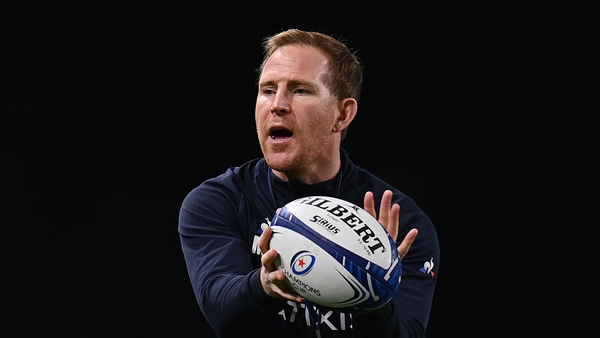