Of the 26 titles handed out over the course of the Heineken Champions Cup, 13 of them sit in the bottom half of this season's quarter-final draw.

The last eight of this years competition is interestingly split. One one side of the draw you have Racing 92, Sale Sharks, La Rochelle and Montpellier - new money and new challengers.

On the bottom half of the draw you have the old guard - Toulouse, Munster, Leicester and Leinster, heavyweight names, all of whom have multiple stars on their jersey.

Of the quarter-finals involving Irish sides, both are repeats of former finals. Munster and Toulouse's clash is a repeat of the 2008 final, while Leicester and Leinster brings back memories of 2009 at Murrayfield, when Michael Cheika's side got their hands on the trophy for the very first time.

The good omen for Munster and Leinster is that the Irish came out on top in both of those finals. Leinster will be expected to do so again this year, even away from home, with Leo Cullen having a full deck to choose from against the Premiership leaders.

And while Munster are underdogs for their meeting with the defending champions, belief is growing that they could upset the five-time winners and set up an all-Irish semi-final against their blue neighbours.

RTE.ie/sport will have live blogs on both Munster v Toulouse and Leicester Tigers v Leinster, with match reports and reaction from the grounds.

Conditions will be favourable for both games, with temperatures of around 15C forecast for the Aviva Stadium on Saturday. It's expected to be even warmer in Leicester that evening, with sunshine and around 18C expected when Leinster face the Tigers at Welford Road

Familiar foes at a familiar stage of the tournament.

No teams have reached the quarter-finals of the Heineken Champions Cup more than Munster and Toulouse, who are each playing their 19th game in the last eight.

For Munster, a win would see them reach a 15th semi-final, and a first since 2019. But in order to get there they will need to overcome their poor Aviva Stadium record.

The old Lansdowne Road was a friend of Munster, notably in 2006 when they beat Perpignan and Leinster en route to the decider, but since Lansdowne Road became the Aviva Stadium in 2010 Munster have won just two of their 14 visits, the most recent trip there being the semi-final of the Pro14 in September 2020.

Johann van Graan's side are still dealing with a considerable injury list, with Gavin Coombes, Tadhg Beirne, Dave Kilcoyne and John Hodnett all sidelined, but Andrew Conway's return does deepen their back three stocks.

For Toulouse, it's been a mixed season for the defending champions, who needed to dig deep to see off Ulster over two legs in the last round, their 30-23 win at Kingspan Stadium giving them a one point aggregate victory.

On the domestic front, their Top14 form has also been scattered, but a 23-16 win against La Rochelle last week has come at just the right time, moving them back into the top six and back to winning ways as they aim to defend their French and European double.

If Leinster are to fall at the quarter-final stage, it won't be down to fatigue.

Their healthy URC cushion allowed them to bring a shadow-squad to South Africa for their recent two-game tour, leaving their frontline internationals at home to work with Stuart Lancaster on this specific game.

Had it not been for their Covid-19 outbreak in December, Leinster would likely have a far easier quarter final. But having been forced to concede their Pool game to Montpellier 28-0, it left Leo Cullen's side with a far lower seed heading into the knockouts.

Of the five games they've played, they have been head and shoulders above their opposition, scoring 41 tries and averaging more than 50 points per game.

Steve Borthwick's Leicester have also won five games out of five (or six out of six, if you include the 28-0 walkover they received for their final pool tie with Bordeaux-Begles), but they've done so in a far different style to Leinster. Their away pool victories against Bordeaux-Begles and Connacht were achieved right at the death, although they enjoyed far a far more comprehensive win in both last 16 legs against Clermont Auvergne.

The Premiership leaders may not have the swagger of Leinster, but they have more then enough fight, and have turned Welford Road into the fortress it once was, with 15 wins out of 15 on their own patch this season in all competitions.

Meanwhile, Ronan O'Gara's La Rochelle will hope to get back into the semi-finals when they host Montpellier in the quarter-finals on Saturday evening at 5.30pm, while on Sunday the 2018 and 2020 finalists Racing 92 will be favourites to go through to the last four, with Laurent Travers' side hosting Sale Sharks in Paris (3pm). 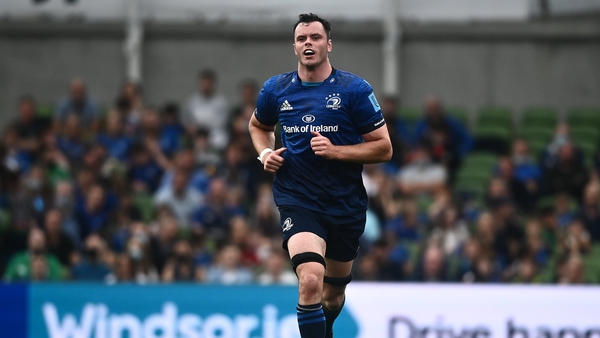 Leinster at full strength for Tigers as Ryan returns