With the four-time European champions having sent a shadow squad out to South Africa for their recent two-game tour, it's an entirely different starting team from the side that played Stormers.

Rhys Ruddock is the only member of last week's squad who will be involved at Welford Road tomorrow, with the veteran back row among the replacements.

In a big boost, James Ryan will make his first appearance since 12 March, when he suffered a concussion in Ireland's Six Nations win against England at Twickenham.

The second row is the only fresh face from their last Champions Cup outing, where they routed Connacht 56-20 at the Aviva Stadium.

He partners Ross Molony at lock, for just his fourth Leinster appearance of the season, and first since October.

"James is such a key guy for us over the last number of years, for Leinster and Ireland," said Cullen.

"It's good to see him back, he's come through everything. We could have pushed him for those Connacht games earlier but he's been working away, training for the last four or five weeks, so he should be good to go. We're excited to see him back out there."

Rónan Kelleher (below) returns from a shoulder injury to partner Andrew Porter and Tadhg Furlong in the front row, while Jack Conan, Caelan Doris and Josh van der Flier complete the pack. 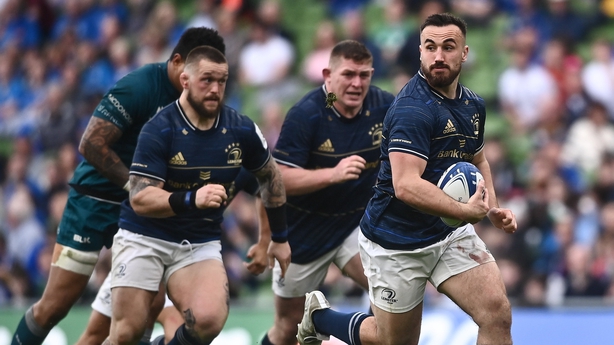 Johnny Sexton captains the side from out-half, alongside his international partner Jamison Gibson-Park, with Gerry Ringrose and Robbie Henshaw in the centres.

James Lowe - who has eight tries in his last three games - is on the left wing, with O'Brien and Hugo Keenan with him in the back three.

On the bench, Joe McCarthy comes is in line for his European debut.

With his entire starting XV having not played in three weeks, Cullen accepts there is a risk they could lack match sharpness, but says it's a risk they were willing to take.

"There is, with the way the schedule is, there is risk bringing players down there [South Africa], and there's risk leaving players here.

"It's trying to manage that as best we possibly can, mitigate for all, and for us now over the last couple of weeks it's been about preparing with a massive game in mind.

"It's an amazing challenge, we know how tough it is. In terms of the history of the competition, winning away in knockout games, it's a great test for guys and everyone is excited now, looking forward to the challenge," he said.

And the Leinster head coach - who spent two seasons at Leinster during his playing career - says their basics will have to be on point in order to hand the Tigers a first defeat at Welford Road this season.

"It's the traditional DNA of Leicester Tigers which is very, very strong fundamentals, a strong setpiece. I know from my time there, I can still remember the Tuesday mornings and the work they put in.

"It's based on hard work, their game. It always has been, they build a lot of their success on hard graft, as they would say. They're a very workmanlike team, at the moment they brought in a fair bit of international star quality among some of the local guys they have there.

"They've a very strong kicking game in their half-backs with George Ford and Ben Youngs, around setpiece in particular. Their lineout drive has always been a huge part of their game, they're a team that works hard, so there's a lot to like abut what they're doing over there at the moment," he added. 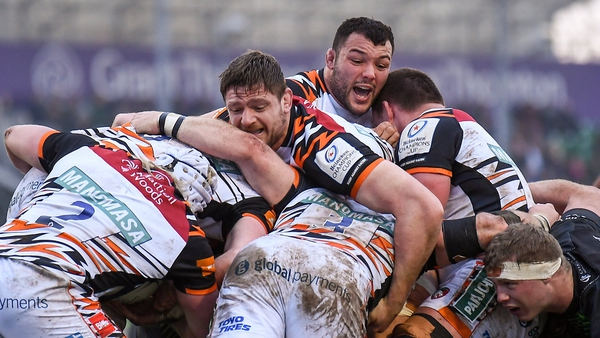