Ireland head coach Greg McWilliams says he and his players will be focusing entirely on themselves ahead of their daunting TikTok Women's Six Nations visit to England on Sunday.

Defending champions England have scored almost 200 points and conceded just 10 in their opening three wins, while Ireland head to Welford Road this Sunday with a squad decimated by withdrawals due to the Sevens world series, as well as injury to Sam Monaghan.

Even at full strength, Ireland would be considerable underdogs for the tie, against an English side who McWilliams says are without question the best team in the world.

"It's not even an elephant in the room, England are the best team in the world right now, by some distance," the head coach said this afternoon.

"They'd be ahead of France in my opinion by some distance and ahead of any of the southern hemisphere sides.

"From an Irish point of view, focusing on ourselves, the players feel like they can see the clear plan around what we're trying to do, particularly around the scrum and lineout. You just have to keep repping it, keep giving them as many opportunities as you can to work on their profiling, their setup [at the scrum], so we worked on that at the weekend. 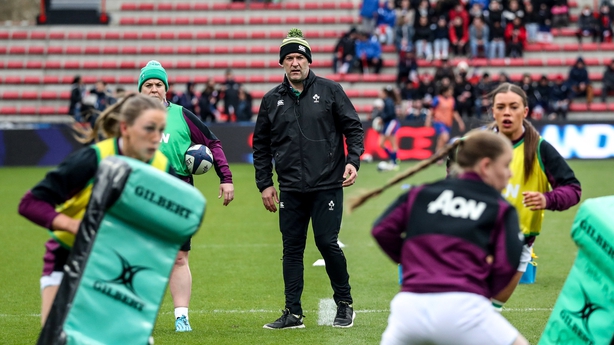 "You have to stay patient defensively, we're playing against a really good attacking team who have so many threats. If you stay patient in defence and stick to plan, you hope you can stay in the game and have a punters chance. If I'm saying anything else, then I may as well not be having a press conference. You have to be upfront and honest.

"It's a massive challenge but I know for a fact there are some girls who will be in the 23 who come out with that kickstart they need to become a really good international player.

"There will be people who come through that will surprise the people back home, and if you can add them and improve your depth."

With seven players unavailable due to Sevens commitments (six of whom were involved in the Round 3 win against Italy), as well as injuries to Monaghan and Aoife Wafer, McWilliams has drafted in seven additional players to his squad this week with Laura Feely, Laura Sheehan, Mary Healy, Shannon Touhy, and Sene Naoupu all recalled, and first call-ups given to uncapped Leinster pair Niamh Byrne and Alice O'Dowd.

Naoupu was one of several experienced campaigners surprisingly left out of McWilliams' initial squad in March, but the Ireland boss says had no intentions of edging the 38-year-old towards retirement.

"Age is a number. In the women's game you notice you're dealing with a younger training age, some of them don't start playing until college," he said of Naoupu (below). 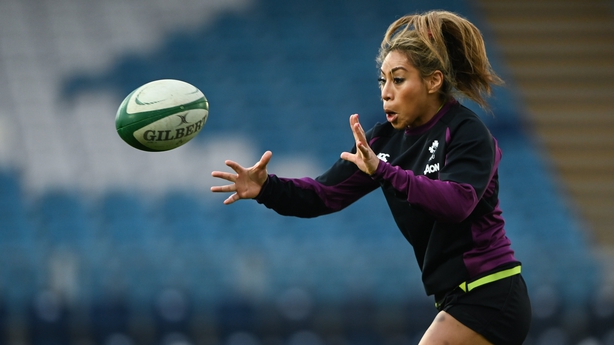 "Sene is in the condition of her life, she was close to inclusion for all three games so far. I felt Stacey [Flood] and Eve [Higgins] deserved their start, and Sene was very close to that.

"In the back of my mind I stayed in touch with Sene, she's been training hard, she was outstanding at training on Saturday.

"She's in a good place in her life at the moment. You have to remember as a sportsperson that where they are in their life can dictate where they are on the field. She's in a really good place, she's happy and I want her to be like this is her first ever cap, like a 19 or 20-year-old who has the bit between her teeth.

"She trained superbly on Saturday and I'm looking forward to seeing her go. You're always selecting your 23 based on people you believe are going to do the best they can for Ireland, and the way she's outstanding."

With five of the starting backline among those jettisoned back into the Sevens program, the calf injury suffered by Monaghan in training last weekend came as a further blow.

The Wasps second row had arguably been Ireland's standout player in their opening three games, with the Meath woman ability to carry hard and also offload in the tackle a consistent source of gainline success in the campaign. 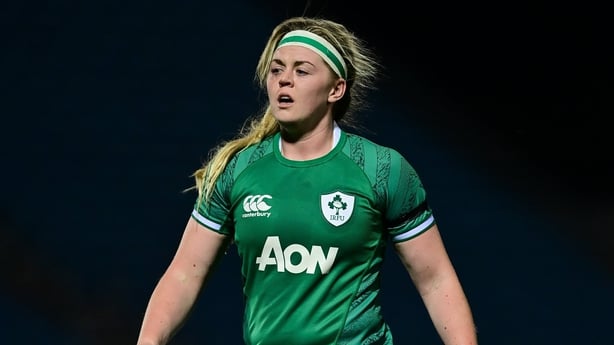 However, McWilliams says he does have some hope the lock can return in time for their finals against Ulster in Belfast on 30 April.

"In my opinion she's a very different person to the person I met out in Wasps in February," he said of Monaghan's growth in confidence.

"She's grown so much into the role and loves the fact she has more responsibility. An important part of the program is that you bring your own personality in and you feel you can be yourself and add value, she's world class. She's somebody who is improved game on game, she got injured on Saturday.

"You're losing Sam, who's is the equivalent of losing the five Sevens backs who have gone, they're on a par in terms of what she's beginning to develop. You just move on now, it's about coming up with a plan that works around her absence. 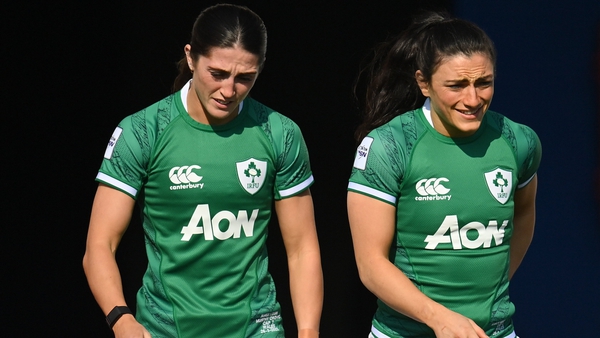 Ireland squad decimated by withdrawals and injury ahead of England trip