If perception is reality, the appointment of Graham Rowntree to head coach will have been a popular one in the Munster dressing room.

The Englishman had big boots to fill when he arrived after the 2019 Rugby World Cup, replacing Jerry Flannery who had surprisingly departed a few months earlier from his role as forwards coach.

In his two and a half seasons as part of Johann van Graan's backroom team Rowntree has done a steady job with the Munster pack. While they've come unstuck against more powerful forward units - such as Toulouse in last year's Heineken Champions Cup - their scrum and lineout has consistently held its own even against more destructive teams.

As a personality, Rowntree has always seemed well-liked by his players, particularly the forwards who have had the most facetime with the former prop.

It was no surprise then to hear Jack O'Donoghue's endorsement of his soon-to-be head coach.

"Incredibly pleased," the back row said of Rowntree's promotion.

"From a passion point of view, the minute he came in the door two years ago he hit the ground running.

"To have him stepping up in that head coach role will be exciting and I'm really looking forward to it."

The 50-year-old (below) had been expected to get the nod to succeed Van Graan in recent weeks, and was offered the job last week before the province announced it publicly on Tuesday. 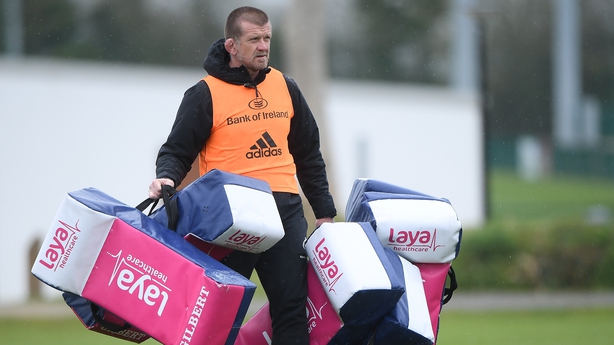 Last Saturday, he got the unofficial seal of approval from Munster fans, after a video clip emerged of him tearing strips out of his players at half time in their Champions Cup last 16 first leg against Exeter Chiefs at Sandy Park.

With Munster 10-0 down at the break, and having been played off the park in the opening 40, Rowntree's words looked to have made an impact, with the province far better in the second half as they battled back to trail 13-8 heading into this Saturday's second leg at Thomond Park.

"Very passionate, I think you saw that from that little two second clip," O'Donoghue added, when asked about the dressing-down.

"Graham is an incredible character to have around the place. He’s well able to identify when you’re maybe a bit down and knows exactly how to pick a player up and to motivate a player. Certainly around selection and maybe they’re having a tough time with form and stuff, he’s a good man to put an arm around a player and bring him along. 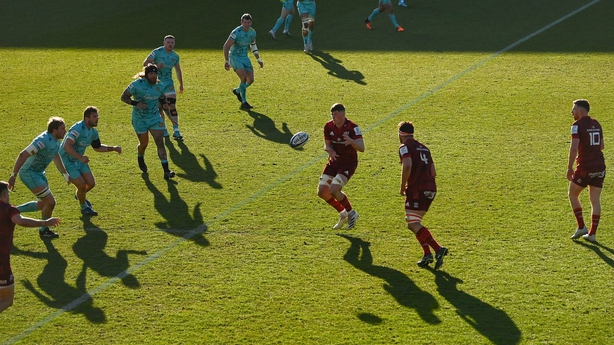 Saturday's first leg in Exeter was O'Donoghue's first as captain in a Champions Cup game, with the 28-year-old establishing himself as one of the province's leaders in recent seasons.

With 158 Munster appearances to his name, only Keith Earls, Dave Kilcoyne, Stephen Archer and John Ryan have played more for the province out of the current squad.

And while O'Donoghue would currently be in the consensus first-choice back row for Munster alongside Peter O'Mahony and Gavin Coombes, he's knows there is a conveyor belt of young, loose forwards ready to step into the team, with Alex Kendellen, John Hodnett, and Jack O'Sullivan there.

"Very proud of the lads and the fight that they brought. And to be able to dig in and keep Exeter out at the end, but frustrated with the opportunities we left out on the field and obviously we didn't start the way we wanted to."

However, the Waterford man knows he has a role to play in nurturing that talent, just as he would have learned from the likes of O'Mahony and CJ Stander in his own early years.

"It's really exciting because the energy those younger lads give you when you're on the field and the skill set that they have, it's so enjoyable to play alongside them.

"I've been lucky to be able to play alongside them for most of the season. John (Hodnett), Kendo (Kendellen) or Tom Ahern, they have these moments on the field where you are almost in awe of them because of the skill set that they possess and the things that they can do, you know, be it over the ball and a poach or a chop-tackle.

"You are really just feeding off their energy and being able to probably provide some words of wisdom to them or words of encouragement where something happens in a game.

"That's where I get my enjoyment being able to maybe not so much talk as row in and lead by example and seeing these lads coming through it’s really puts Munster in an exciting place for seasons to come."

Despite losing the opening leg of their Champions Cup tie against Exeter, the five-point deficit is well within Munster's grasp this Saturday at Thomond Park, particularly if they can welcome Joey Carbery and Peter O'Mahony back from injury.

And the stand-in skipper says they are more than capable of advancing to the quarter-finals if they can match their attacking game to their defensive integrity.

"Very proud of the lads and the fight that they brought. And to be able to dig in and keep Exeter out at the end, but frustrated with the opportunities we left out on the field and obviously we didn't start the way we wanted to.

"But, on reflection, we know what we have to do and we’re going out there on Saturday and, look, it’s knockout rugby for us now and we are going to give it our best.

"I think back-to-back matches you will always have a better understanding of exactly what the opposition are going to bring.

"That breakdown, they really came after us at the end there in terms of their goal-line 'D'.

"They have a big pack and they have a powerful back row and for us it’s about trying to be a bit more dominant than them in our collisions and in our breakdown and give ourselves good ball to play off," he said. 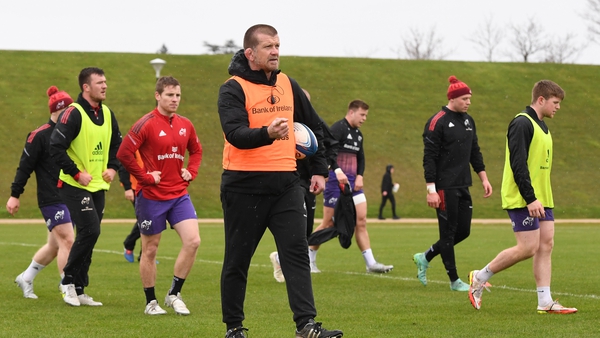