We'll have a live match tracker on rte.ie/sport, the RTÉ News app, as well as updates on RTÉ Rugby Twitter and RTÉ Sport Facebook

The game is live on Saturday Sport on RTÉ Radio 1.

It's forecast to be dry by the time kick-off comes on Saturday, although there are expected to be showers earlier in the day. Temperatures of around 10C, although it could be relatively windy.

When the Six Nations fixtures are released each year, your eyes instinctively search for Ireland against England.

Ireland played England off the pitch when they met in the final round of last year's tournament, but that was the Aviva Stadium, and this is Twickenham.

While Ireland enjoyed a good record away to England after the turn of the century, winning three out of four at English Rugby HQ between 2004 and 2010, it's not been a fruitful venue in recent seasons.

Their only win in London since 2010 came on St Patrick's Day 2018, when Joe Schmidt's side claimed the Grand Slam in style, winning 24-15, a scoreline which didn't truly reflect their dominance on the day.

Since then, it's been three defeats in a row away to our neighbours.

In 2019, Ireland were hockeyed in a World Cup warm-up, and although the two defeats in England in 2020 were much closer on paper, Ireland were never in a position to win either.

But since their last trip across to Twickenham in November 2020 Ireland have turned a corner, and the last 12 months have seen them figure out their first choice team, while also playing an exciting, engaging brand of rugby.

They have won 10 of their last 11 games, but eight of those wins have come at the Aviva Stadium, and having lost out in Paris earlier in the tournament, it would feel like a step backwards for this Six Nations to come and go without a big away win for Ireland.

It's much easier said than done though. England may have struggled to move through the gears so far in the tournament, but they have raised their game when Ireland come to town in the last 10 years.

England head coach Eddie Jones has lapped up the underdogs tag all week, and will no doubt have his players ready to meet Ireland's physicality head-on.

Having rejigged his team for the facile win against Italy a fortnight ago, Andy Farrell has made six changes to his Ireland team for the trip to London.

One of those is enforced, with Andrew Porter's ankle injury seeing him replaced by veteran Cian Healy who comes in for his 115th cap.

Johnny Sexton returns at put-half, having been eased back to fitness off the bench against Italy, Bundee Aki and Hugo Keenan return after being rested last time out.

Andrew Conway takes Mack Hansen's place on the right wing, while in the pack, James Ryan returns to the second row, joining Tadhg Beirne at lock.

England have made three changes from the win against Wales in Round 3, with Sam Simmonds, Jamie George and Joe Marchant all brought into the starting side.

Simmonds takes the place of Alex Dombrandt at number 8, with the Harlequins back rower moving to the bench having spent this week in isolation following a positive Covid-19 test.

Jamie George comes in at hooker with Luke Cowan-Dickie's tournament ended due to a knee injury suffered against Wales. Newcastle's Jamie Blamire takes the extra hooker spot on the bench. 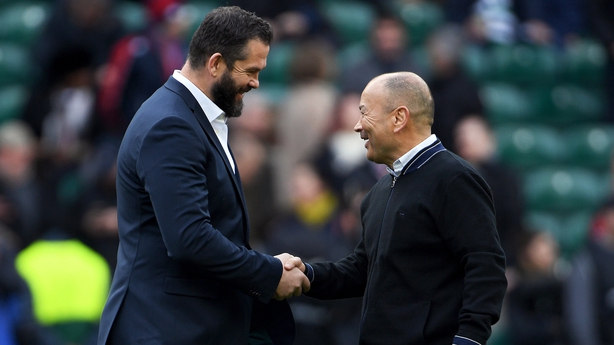 WHAT THE COACHES SAID:

Andy Farrell: "It's part of the journey, isn’t it? It’s part of the next step for us as a team to making sure we go to places like this and be at our best because we know that England are going to come at us.

"We know that they're going to cause us problems but we’re confident in our own ability. We’re a good side, we need to make sure that we’re able to be at our best on the day on what is going to be a fantastic occasion."

Eddie Jones: "We play with a physicality they haven't seen before. I'm looking forward to seeing what we can do on Saturday.

"We have one intention in this game and that's to go after Ireland. We are going to chase them hard down the street.

On Friday night, France kept their drive for a first Grand Slam in 12 years alive with a tense 13-9 win against Wales.

Scotland will hope to get their failing campaign back on track, hosting an Italian side whose last Six Nations win came in this fixture seven years ago.

In the U20 championship, Ireland put their 100% record on the line against England at Saracens' StoneX Stadium at 7.15 on Saturday night (live on RTÉ Player). 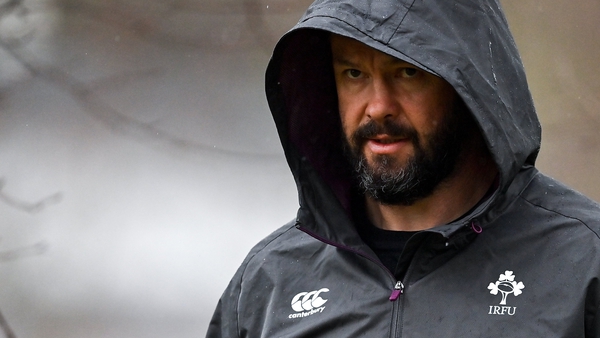 Beating England away 'next step' for Ireland - Farrell