Ireland picking up a rare win at Twickenham would confirm the team's progress, according to Andy Farrell.

The head coach took over after the 2019 Rugby World Cup and has seen a marked improvement over the last 12 months, with a nine-game winning streak, including victories over England and New Zealand, coming to an end in Stade de France in round two.

It's now up to the players to show they can reproduce some of the Dublin displays on the road. Ireland's last win at the venue came in 2018 and that was a first away to England since 2010.

"They’ve certainly got a very good record [at Twickenham] so there must be something in it," said Farrell of the fortress effect at the London venue.

"When you look at our Aviva record as well it probably compares well so there’s something in that.

"But it’s part of the journey, isn’t it? It’s part of the next step for us as a team to making sure we go to places like this and be at our best because we know that England are going to come at us. 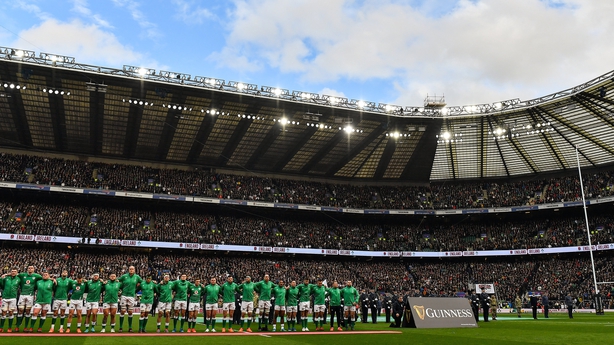 "We know that they’re going to cause us problems but we’re confident in our own ability. We’re a good side, we need to make sure that we’re able to be at our best on the day on what is going to be a fantastic occasion.

"Look, we know that there’s going to be thousands of Irish that are going to be at Twickenham as well and we want to hear them sing through our performance as well."

Counterpart Eddie Jones has a history of blurting out comments ranging from concern about Johnny Sexton’s injury profile, to 'kick and clap’ Ireland, and even about the ‘United Nations’ make-up of the Irish team.

This week, however, the Aussie has been on something of a charm offensive, lavishing praise on Farrell's side, who sit one place ahead of his own in the table.

"No, I love Eddie’s comments. I love reading them. I think it’s great for the game.

"I love his character and charisma, I’ve learned a lot off him. I’ve worked under him. I’ve been a captain of a side for him.

"I don’t get it sometimes but I like reading it. I think it’s intriguing."

Not allowing the home side to get off to a fast start is half the battle when facing England and Farrell says there are lessons to be learned from the 30-24 loss in Paris, which saw them trail 10-0 after only seven minutes.

"You can always plan for a good start but the opposition have something to say about that, but making sure that you don’t go into your shell because things do happen like that," he added.

"We’ve been to Twickenham before and as you know that has happened to us.

"On a couple of occasions ago we was told that they could have declared at half-time with the performance that they had and they played very well that day so there’s lessons we need to learn and make sure that we address them ourselves." 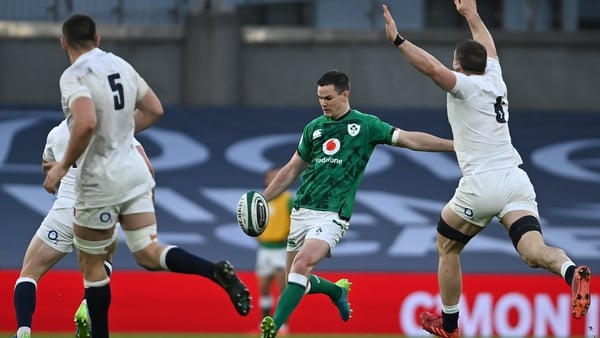