Adding Springbok beef to the Six Nations mix might not be a recipe for success, according to Andy Farrell.

Question marks once again surround the place of Italy, Ireland's next opponents who are on a run of 34 straight defeats in the championship.

The Six Nations said it was "not entertaining any discussion nor developing any plans to add or replace any participating Union."

The South Africa Rugby Union confirmed during the week that they had signed up to the southern hemisphere's Rugby Championship until 2025.

Asked for his take on a possible expansion, Farrell said: "I don’t know how that would work.

"Eight weeks in a competition is pretty long enough and the reason it’s eight weeks with the fallow weeks is because of the intensity of those games.

"If you bring in somebody like South Africa, I don’t really see the intensity changing, do you?

"So I don’t know about that but anyway we’ll leave that to the powers that be to iron all that out."

The Azzurri, now under head coach Kieran Crowley, have lost their opening two games, two France and England, by a combined score of 70-10.

Their last win in the competition came against Scotland in 2015. Last weekend their Under-20s beat England, 6-0, for the first time at that age-grade.

"Well, I mean if you look at the other countries in the Six Nations and their history, they’ve been at it a long time and they’ve built up their standards over the years, haven’t they?" said Farrell on the subject.

"If you, for example, have a look at the French Under-20s who have been doing really well for the last few years and the benefit they’ve had through that, and then I look back to the Italian Under-20s last year and this year, and what they’re doing, they’re obviously growing something there as well."

Ireland host the Italians in the Aviva Stadium on Sunday at 3pm looking to get their campaign back on track following the 30-24 loss to France.

Hooker Ronán Kelleher will miss the rest of the tournament with a shoulder injury, while Johnny Sexton is expected to be fit to challenge Joey Carbery for the out-half jersey. 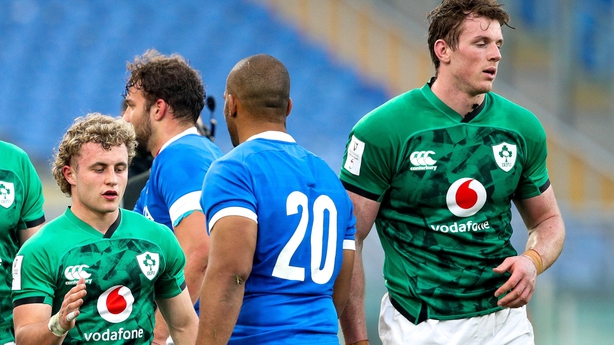 Farrell handed debuts to Ryan Baird and Craig Casey in last season’s corresponding fixture and hinted that he will have to strike a balance in his team selection.

He said: "As far as next weekend is concerned we want to give as much opportunity to people as we possibly can.

"But we’ve also got to get the plan right and what’s right for the team to be able to perform down the line as well and how that looks at this moment in time with so many players playing this weekend, I probably couldn’t give you a clear answer on that.

"In reality I know that windows are very short in the international arena to blood people but it’s something that we’re looking at regarding extra games in the summer etc. so people will be exposed and put under pressure that we want to see. 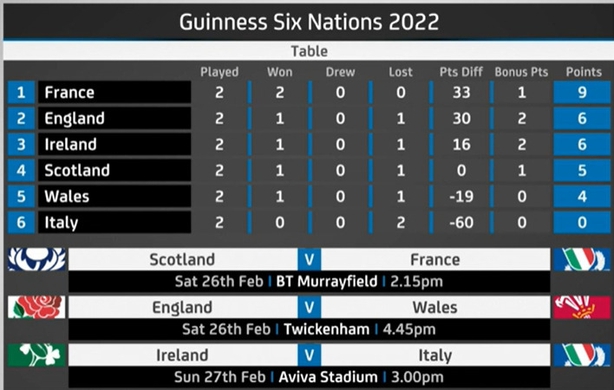 "There's all sorts of things you need to bring into contention

"It's game-time, it's opportunity, it's trying to predict what our team will look like in two or three weeks' time, etc.

"There are all sorts of different permutations and it's a tricky one around the fallow weeks because game time is pretty important."

One of the most intriguing selection calls will be in the out-half slot, with Sexton, who Farrell expects to be fit, against incumbent Carbery.

"We’ll see. I don’t want to second guess any of these things," he said of the suggestion that a run of games would be good for Carbery’s confidence. 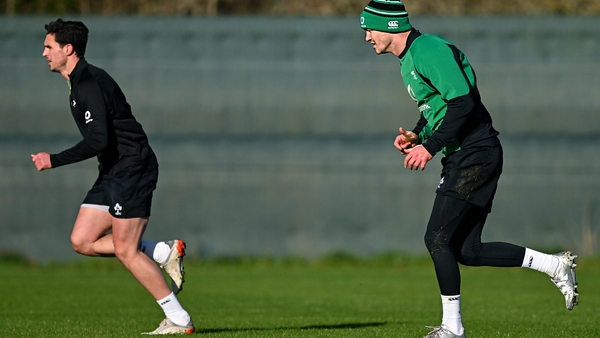 Sexton on target to push Carbery for start against Italy