Leo Cullen says teams will just have to get used to Covid disruptions after Leinster's preparations for Bath were hampered by a small outbreak in the camp.

Three unnamed players and a member of the backroom team returned positive PCR tests and the head coach confirmed that all people with symptoms are "very very mild, generally speaking."

After naming his squad to face the side bottom of the English Premiership table on Saturday afternoon, Cullen reflected on the challenge of dealing with coronavirus, which has also heavily impacted Munster's preparation for their Champions Cup meeting with Wasps on Sunday.

"Every day we’re in here, everyone outside in society at the moment (is the same).

"From a personal point of view, I’ve young kids in school and, one of my kids in particular, in the pod, there was someone out with Covid so it always feels like it’s very close at the moment.

"[We’ve had] a couple of guys this week, it is what it is, thankfully they’re okay, we just manage them through.

"We’ve had some cases over the last while. 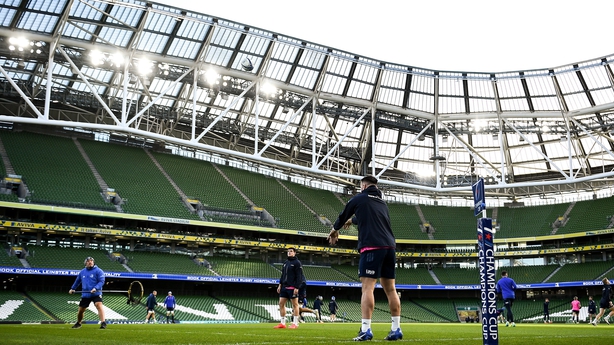 "I think back to last Christmas and that was quite a messy period, we lost a couple of people at that stage, particularly around the close contact bit as well. We’re learning all the time, how we best manage it.

"We do all we can about how to minimise the risk and even this week, extra testing and all the rest to make sure we’re covering all the bases as best we can.

"So yeah, it’s something that we have to deal with there are other teams out there in a much more challenging scenario than we are, it’s fair to say.

"We’ve got a big group of players registered for Europe this year, way more than we would have had in the past so that certainly allows the teams much more flexibility as well.

"You know we’ve a lot of people through being tested and for the most part guys are okay.

"Thankfully even the guys who are the cases, the symptoms are very mild, generally speaking, which is good.

"Everyone has to go through the Covid challenges.

"That's going to be there for all teams at different stages over the course of it. For us to deliver on the big stage is what we’re after as a group."

While Bath are yet to win a game this year and have been hampered by injuries, Cullen maintains that Leinster must be wary of unknown quantities in their ranks, which includes six Champions Cup debutants: Will Butt, Max Ojomoh, Orlando Bailey, Will Muir, Richard de Carpentier and Jacques du Toit.

"I think there can be that potential curve ball if you are trying to chase lots of things," he added.

"We have studied Bath as a team but in many ways we are better off focusing more on ourselves and making sure we stick to what it is we are trying to do, rather than guys going off script.

"That's a challenge for our guys but we still have plenty of experience in our group. There is a good understanding that if we go out and impose our game we’ll be hard to stop.

"That will be the big focus. We’ve got to understand what the threats are that we need to face, Bath have some dangerous players, [Tom] De Glanville is a dangerous broken-field runner.

"They have two big strong physical wingers, they’ve got guys who will be aggressive on the ball.

"English teams, generally speaking, have very strong set-piece mindsets so making sure we deliver on that part of the game from our point of view so it’s the basics of the game.

"We’re looking forward to getting going in this tournament." 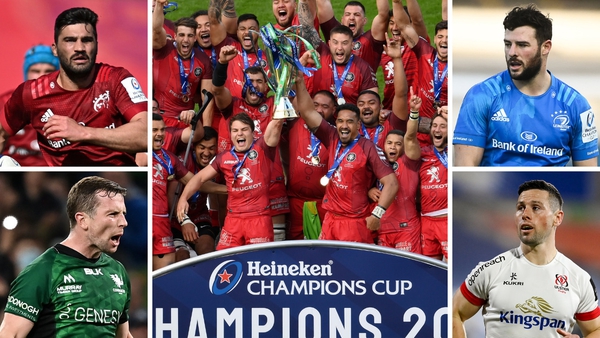