Leinster have announced that three of their players have tested positive for Covid-19 ahead of tomorrow's Heineken Champions Cup clash with Bath at the Aviva Stadium.

A statement from the four-time champions read: "Leinster Rugby are assisting three senior players who have tested positive for Covid-19.

"All three players were tested outside the PCR testing window and are now self-isolating.

"Further PCR testing was carried out at Leinster Rugby yesterday morning on 94 players, coaches and staff and 93 tests returned negative results, with one further positive result for a member of staff.

"The HSE has been informed in accordance with public health guidelines."

Meanwhile, Leinster have named their team to face the English Premiership side with Rhys Ruddock leading the side in the absence of the injured Johnny Sexton.

Cullen retains same back three from last week's win over Connacht at the RDS with Hugo Keenan at 15 flanked on the wings by Jordan Larmour and James Lowe.

In midfield, Garry Ringrose will be partnered by Skerries man Ciarán Frawley.Jamison Gibson-Park returns to the line-up at scrum-half where he will link up with Ross Byrne.

In the pack, Ruddock will captain the side from his position on the blindside with Josh van der Flier and Caelan Doris completing the back row.

The front row sees Andrew Porter, Rónan Kelleher and Tadhg Furlong join forces with Ryan Baird and Ross Molony packing down behind them.

On the bench, there are potential European debuts for all of Michael Ala'alatoa, Dan Sheehan and Tommy O'Brien. 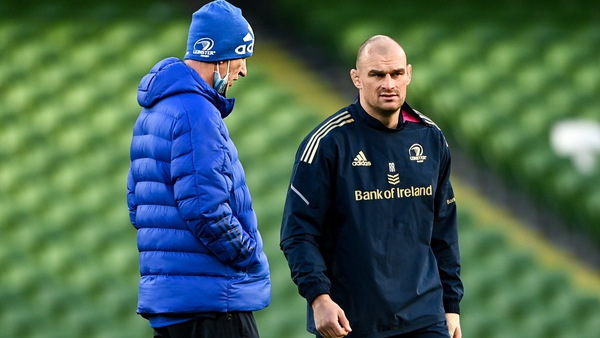 'Everyone has Covid challenges' - Cullen