It's common place for a coach to talk up opponents pre-match but New Zealand boss Ian Foster was in no mood for plaudits when it came to the subject of the three Kiwis set to face their native country on Saturday.

It wasn’t open hostility by any stretch but still notable for the lack of what we have become accustomed to when the rival camp get a chance to throw out a friendly soundbite about what a great bunch of lads the lads are.

Bundee Aki, James Lowe and Jamison Gibson-Park are all New Zealand born and bred but have qualified for Ireland on residency grounds.

They’ll line up against the Haka on Saturday (3.15pm, live on RTÉ) but in other circumstances they could have been leading the All Blacks charge.

"All I'm going to say is that I guess they are Kiwis in one sense, but they're Irish now," said Foster when asked if the trio were good enough to represent New Zealand.

"I don't really want to talk too much about the opposition.

"They are three people who have made a decision, they play for Ireland and what will be and what could have been is almost irrelevant.

"No [I don’t find it strange to face Kiwis].

"I think nowadays the rules are the rules and those three, like a number of others, have made decisions, and they've made a decision to be Irish.

"So there's not much point speculating about whether they would have been good enough to make it in New Zealand or not.

"I don't really want to spend any time on that because they are the ones that made the call." 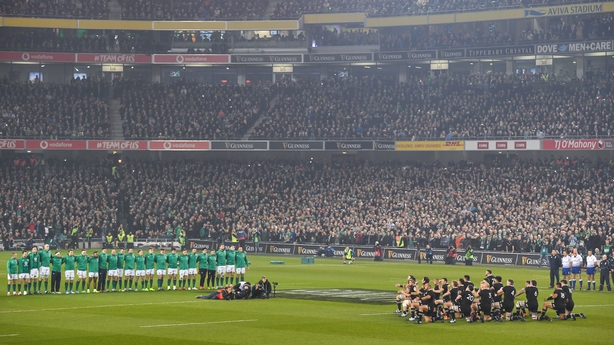 Centre Aki, who will win his 33rd Ireland cap, has faced his homeland before, the famous 2018 win at the Aviva (above).

The 31-year-old Connacht player claimed that the squad haven’t spoken about their response to the battle challenge yet.

He said: "Not so much yet at the moment. But you know, it's always a privilege to be in front of the Haka.

"It's a huge honour to have the Haka done in front of you.

"I certainly know the background of it and the meanings behind it. It's a privilege to be able to stand there and get the Haka done towards you, the other country."

He added: "My family, friends and my kids are all in New Zealand, so they will definitely be up for the game watching with a lot of interest.

"They are obviously excited.

"Parents are obviously supporting both teams and making sure that no one comes out with any injuries.

"Obviously, they want our team to go well too. My family and friends back home are all looking forward to the big match at the weekend." 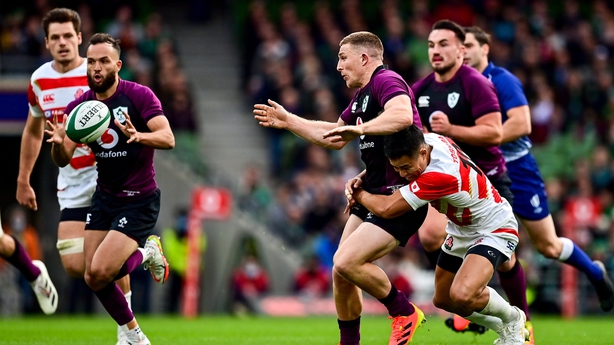 On what he expects from Andy Farrell's charges, Foster said: "They're well organised, they’re physical, they clearly understand their roles and they play accordingly.

"I think that aspect hasn’t changed and that’s a positive thing about Irish rugby. They’ve been a quality team this year and getting better.

"But we’re seeing an expansion and ambition of what they want to do with the ball and they seem to be more at ease about taking opportunities wider and being comfortably playing like that.

"Credit to them and it just means you’ve got to open your eyes and be aware that they’ve got more threats in attack than perhaps they would have had 24 months ago." 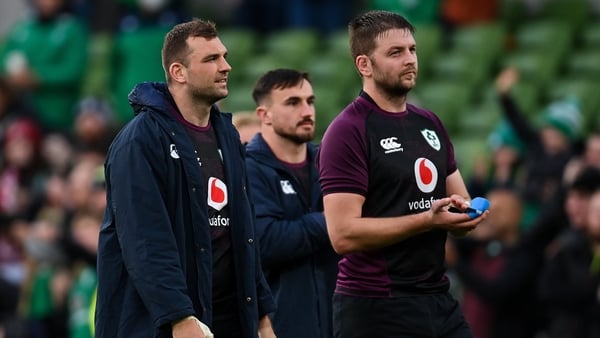