"The anterior cruciate ligament is the stabilising ligament inside the knee joint. It prevents excess turn when the foot is planted. It can just snap, like a rope snaps."

Everything was going so well for Munster in Wales, almost too well.

Bonus point in the bag, RG Snyman came on as a replacement, making his third appearance following a lengthy lay-off due to a knee injury.

His recovery from a ruptured anterior cruciate ligament, suffered just minutes into his debut in August 2020, had been set back twice, firstly due to a separate knee issue and then when he suffered burns that required a skin graft following a fire pit accident.

On his second appearance of the season, three weeks ago against the Stormers, the 6’9" lock was mobbed by his team-mates when he scored his first try for the side. 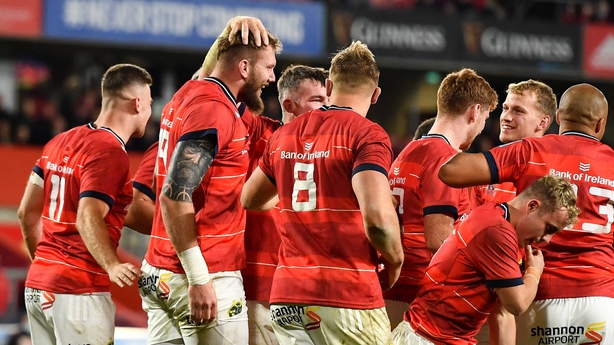 Then, as a young Munster side were outplaying the Scarlets on 10 October, the camera cut to Snyman, limping off the field, just nine minutes after coming on.

"Oh God, don't tell me that's his knee... it's horrible to see him going off," said Donal Lenihan, the former Munster and Ireland second row who was working for RTÉ Sport.

Lenihan’s tone reflected the sheer devastation felt for the man on a personal level primarily but also the knock-on repercussion for Munster, whose ambitions for the season were closely bound to the Springboks lock’s contribution.

Speaking in the RTÉ Rugby podcast Bernard Jackman, the former Leinster and Ireland hooker and Grenoble and Dragons coach, reckoned that Munster should stick with Snyman, whose contract was due to expire at the end of next summer.

Will RG Snyman prove to be transformational in Munster's evolution?@LenihanDonal and @treatyfan debate his potential impact on the #RTERugby Podcast

Watch/listen to the podcast in full: https://t.co/zH9kFADmxI #rugby #URC pic.twitter.com/806rPELqX1

"Every single club who have ambitions to win trophies have someone like RG Snyman," said Jackman.

That Snyman has re-ruptured the same knee, however, doesn't indicate an inherent weakness, which might be a common layman's misunderstanding.

"The return to play rates after a revision ACL, a re-rupture, are the same, especially at elite level," Enda King, head of performance rehabilitation at the Sports Surgery Clinic, tells RTÉ Sport.

"In elite European football it’s about 90%, in our data in the clinic, in all field athletes, including club GAA etc it’s 87%.

"You are twice as likely to rupture the healthy knee as the operated knee when you return for a variety of reasons.

"The surgery is not really an issue on a secondary injury, it’s not considered a dramatic procedure.

"There are a number of factors that influence re-injuries."

'I think they should keep him...some people will say that's madness' - @bernardjackman says Munster will have a decision to make about RG Snyman when his rehab is complete - This and more on the #RTERugby podcast https://t.co/EzTGGILkMa pic.twitter.com/G5C5s33WqK

King reckons that, in general, a player who has already suffered the same injury, may have an advantage.

"Often you find rehab is easier because the athlete knows what to expect," he says.

"You often find that with revisions they go through the journey much more smoothly.

"In terms of the threshold for return-to-play, it would be even more demanding on the physical side of things for jumping, landing, change of direction mechanics are as optimal as possible.

"Obviously you are going to try and make sure the physical element is as outstanding as possible to offset any specific risk inherent to the athlete themselves."

Concerns about rushing a player back 'too soon’ don’t ring true either.

"A surgeon may consider other procedures but for the most part, unless they’ve ruptured very early in return, after six to nine months, [delaying] any longer doesn’t necessarily change things," says King.

'It's not about time, it's about resilience'

"Giving it more time doesn't mean it will be moving any better in three of six months’ time.

"No matter how well you are doing, the graft has to remodel and that takes at least six months and up to 12 months, that can’t be sped up, that’s going to do its own thing."

King advises that players who are starting a long road to recovery set goals early on.

"That’s all influenced by the team you have around you.

"A club player might say I saw Zlatan came back in six months, but Zlatan trains six days a week, has a specialised team around him. 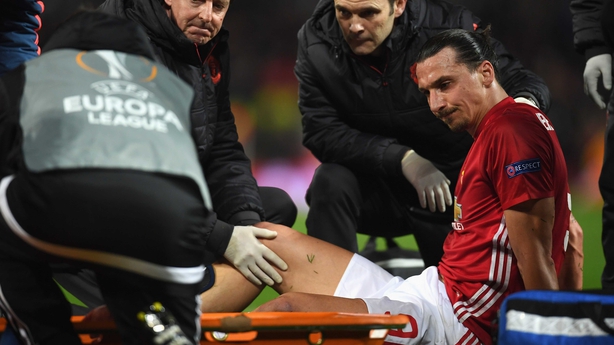 "The average return to play time in European soccer is about seven and a half months, and 90% have returned by 10 months.

"If you can write that down before surgery and use it as a signpost all the way around at least you are giving yourself the best chance of achieving optimal recovery.

"Decide at the beginning what the end looks like. That helps the player, team and management." 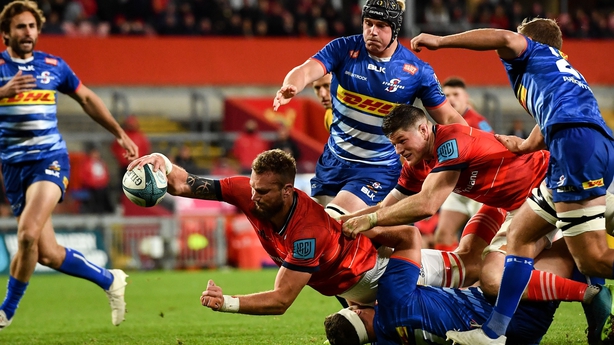 "Here I go again, #Round2fight," said Snyman on social media soon after the news was confirmed.

And quoted on Rapport today, the giant second row said: "It's been a rollercoaster in terms of emotion and disappointment.

"Every time I have something going for me, there’s a setback.

"This year I’ve had to deal with injuries, disappointment, flames, death and heartbreak.

"Fortunately, I’m a positive person. I won’t let this get me down. I’ll come back stronger and better."

Whether the South African, who turns 27 in January, plays again for Munster depends on a number of factors, the financial state of affairs in Irish rugby among them.

But his bullish attitude, which has made the World Cup winner, according to all reports, a hugely admired figure down south, is a key factor in shaping recovery."

"I’d be overwhelmingly positive, chances of return to play are very much the same," adds King, talking in general terms.

"The rehab is no more difficult than it was beforehand, some people find it easier.

"Even though there may be a phycological issue, once you’ve had surgery, you are on the bus again."