"Not acceptable, not up to standard, embarrassing."

A smile crosses Jamison Gibson-Park's face when he's asked if, as part of preparation for Saturday’s game against the Scarlets, the Leinster players have looked at the Welsh region’s post-match interviews.

Beaten out the gate by a young and inexperienced Munster side, boss Dwayne Peel and prop Rob Evans faced the media looking like they had just seen a ghost.

What they had in fact just witnessed was Munster whizzing in six tries, the hapless Scarlets bearing no resemblance to the team that won the tournament in 2017.

Welcoming back three Lions and starting with 11 full internationals on the team, they could hardly have played any worse.

Peel said Scarlets were "second to everything. We need to get better. Across the board we were second best. Not acceptable, wasn’t up to standard."

"Not acceptable from us, it’s embarrassing...we didn’t represent the jersey as we should have," said the prop after the 43-13 hammering.

"Absolutely devastated, [we’ve got to] put it right next week."

Except next week is Leinster, the four-in-a-row champions, on a three-game winning streak, at home.

Gibson-Park had seen the video.

"As individuals - we don’t really watch them as a team - but I think most of the lads would have seen it," he told RTÉ Sport.

"The Rob Evans one, Stuart [Lancaster] pulled that up today.

"It stood out a little bit. They are obviously hurting after what they felt was a lacklustre performance.

"There’s no doubt there’ll be a backlash this week.

"I suppose you’d like it to be the other way around [Scarlets putting in a better performance] but it’s not something we can control.

"We just have to do our best and prepare accordingly so we can put our best performance out there on Saturday."

Backs coach Felipe Contepomi also recognises that desire to put things right in addition to the latent talent that exists in the Scarlets side, makes their job that little bit tougher on Saturday (5.15pm at the RDS).

"We can definitely expect a bounce from the Scarlets," he predicted.

"They are going to come full steam and I think it wasn’t a great performance from them, at their home.

"The best way when you have a bad performance is to play well the following week. That’s how high-performance sport goes, it’s like a rollercoaster.

"You can be [high] one week and [low] the next so we need to make sure we prepare properly.

"I’m expecting a really gutsy performance as well, to all that quality adding a fair bit of attitude it will always be a hard game for us." 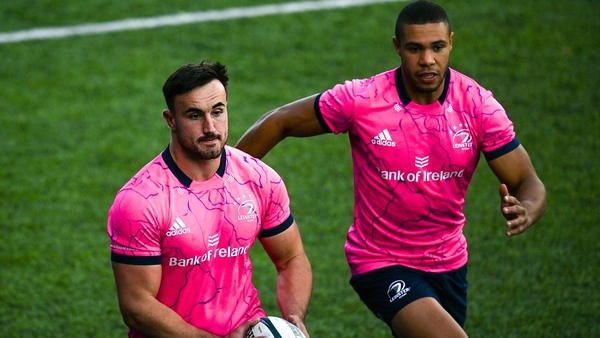