The return of RG Snyman is a huge boost for Munster but their success this season will depend on Joey Carbery's form, says Donal Lenihan.

The province have failed to match up with domestic and European rivals at the latter stages in recent seasons and last won a trophy in 2011.

The signings of Springboks duo Snyman and Damian de Allende ahead of last season promised much but a serious knee injury kept the lock out for 12 months.

Out-half Carbery, meanwhile, was also missing for long spells following the 2019 World Cup and getting him up to speed is vital for Johann van Graan’s ambitions this season, reckons former Ireland captain Lenihan.

"Joey Carbery is an integral part of that equation," he told the RTÉ Rugby podcast.

"He has started two games in the championship so far.

"It’s fair to say he’s still finding his feet. He's not at the level he was prior to his injury but he is the key element for me.

"Munster need to get him up to that level because his performances at 10 are going to dictate what happens outside him. [Jack] Carty at Connacht, [Johnny] Sexton at Leinster, that’s the key position."

Speaking to RTÉ Sport after last weekend’s comeback win over the DHL Stormers in the United Rugby Championship, Van Graan said Carbery "definitely has a couple of gears left in him".

Snyman has made two appearances off the bench for the Reds, capping off their victory on Saturday night with their fifth try. 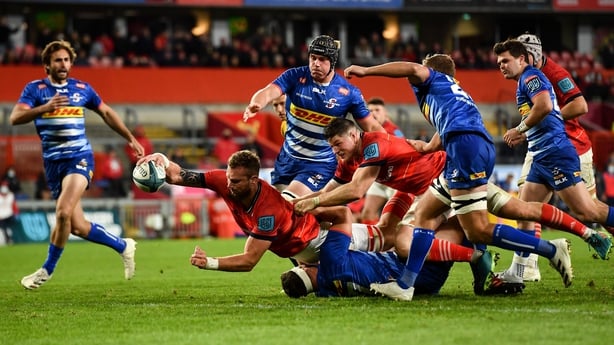 Lenihan, a former second row, believes that the 26-year-old brings more than just ballast to the table.

"Outside of the size and the grunt and the ball-winning ability that Snyman brings, he is that second playmaker as a forward," he said.

"He has unbelievable hands. I know from speaking to Munster players who have trained with him for the last 12 months, the things he can do in training are phenomenal.

"But he’s not going to turn the thing around on his own. He’s part of an evolving group.

"The quality they now have up front and the variety [is important]." 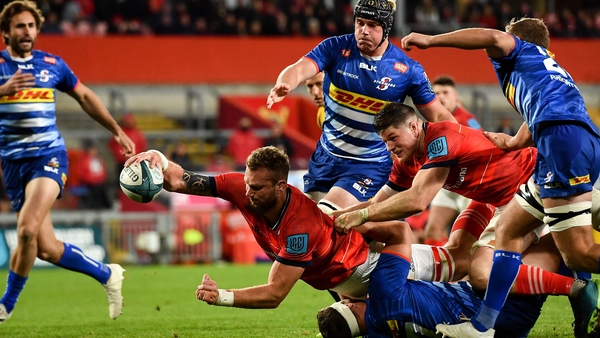 Room for improvement for table-toppers Munster